"Sushant Singh Rajput Gave Me All That I Have Today": Kedarnath Co-Star Sara Ali Khan's Post

"You introduced me to the world of acting, made me believe that dreams could come true," Sara wrote in her post 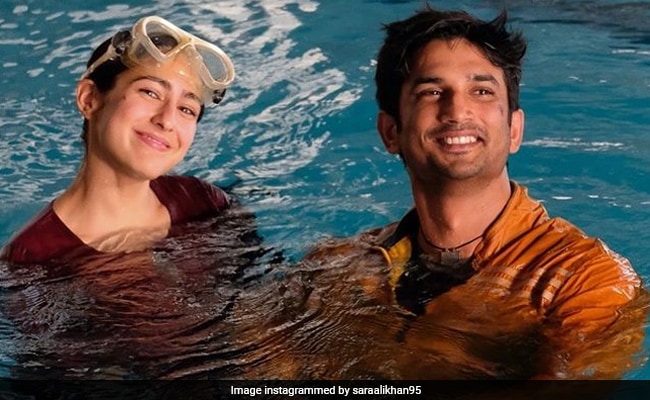 Sara Ali Khan's memories of Sushant Singh Rajput range "from Kedarnath to Andromeda" - her words. On Sushant's death anniversary today, Sara Ali Khan described her Kedarnath co-star in the most beautiful words, talking about him as an actor, a dreamer and an astronomy enthusiast. Kedarnath was Sara Ali Khan's debut film in Bollywood and Sushant was her first ever co-star. "Whenever I needed help, advice or a laugh you were always there. You introduced me to the world of acting, made me believe that dreams could come true, and gave me all that I have today," Sara wrote in her post, which came with a happy memory from Kedarnath shoot days.

"Still can't believe you're gone. But every time I look at the stars, the rising sun or the moon I know you're here," read Sara Ali Khan's post. Making a reference to the northern constellation Andromeda , Sara added: "From Kedarnath to Andromeda." Among the many things, Sushant Singh Rajput was also a science buff, an amateur astronomer and astrophysics enthusiast.

In a post dedicated to Sushant earlier, Sara had revealed that Sushant was the only other person, apart from her father Saif Ali Khan, with whom she could talk about everything under the sun. "The only two gentlemen that have spoken to me about Sartre, Van Gogh, telescopes and constellations, guitars, the Northern Lights, cricket, Pink Floyd, Nusrat Saab and acting techniques," Sara had written on the day of Dil Bechara's release - Sushant's last film.