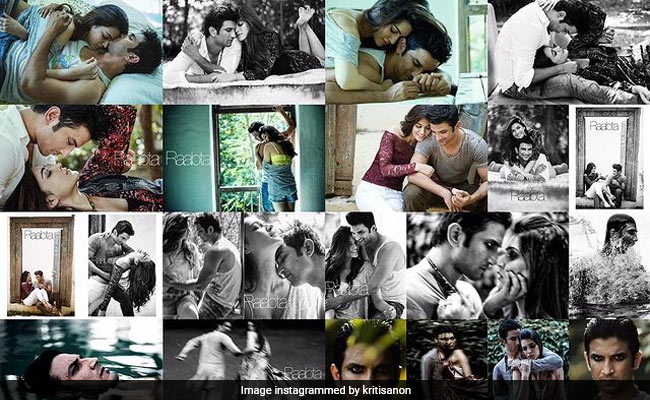 Actresses Kriti Sanon and Shraddha Kapoor, who worked with Sushant Singh Rajput once, remembered their late co-star in heartwarming social media posts. Kriti Sanon's first and last film with Sushant Singh Rajput was Raabta, a love story based on the theme of reincarnation. In her tribute, Kriti shared a bunch of photos from her first ever look test with Sushant for Raabta. In her lengthy note dedicated to Sushant, Kriti wrote about their "unexplainable connection": "Today, it feels so painfully weird to know, that you and I are not in the same world anymore. Still feels like it hasn't happened for real. Like maybe you are still around and I'll bump into you somewhere. I don't think it'll ever sink in. But I pray that you are happy and at peace in whichever world you are in."

Meanwhile, Shraddha Kapoor, who co-starred with Sushant in Chhichhore, kept her message simple yet touching: "Shine on, dearest Sush."

Sushant Singh Rajput was found dead at home in Mumbai on June 14 last year - he was 34. After the actor's sudden death, social media was flooded with messages mourning the actor. Both Shraddha and Kriti were criticised on the Internet for failing to post tributes immediately after the actor's death. Kriti Sanon's sister Nupur Sanon revealed in an Instagram post, which is now deleted, that they were subjected to online abuse for their silence on social media. However, Shraddha Kapoor and Kriti Sanon turned out to be amongst the handful of celebrities who attended Sushant Singh Rajput's funeral.

Following Sushant Singh Rajput's death, Kriti Sanon often remembered her co-star in emotional posts. On Sushant's birth anniversary this year, Kriti Sanon's message to the late actor said: "I hope you are smiling and at peace wherever you are."