"I hope you are smiling and at peace wherever you are," wrote Kriti Sanon 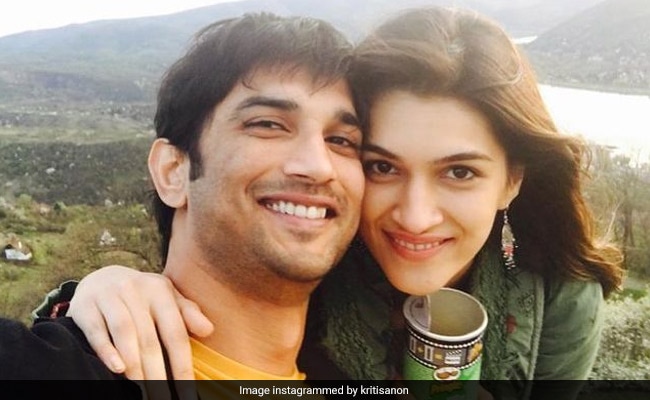 Kriti Sanon, after the release of Sushant Singh Rajput's last film Dil Bechara, shared an emotional post. She wrote: "It's not Seri! And it will never sink in...This broke my heart...Again. In Manny, I saw you come alive in so many moments... I knew exactly where you had put in a bit of yourself in the character...And as always, your most magical bits were your silences... those bits where you said nothing and yet you said so much."

Kriti Sanon, who frequently remembers Sushant in her social media posts, in her eulogy for the actor wrote: "Sush, I knew that your brilliant mind was your best friend and your worst enemy but it has broken me completely to know that you had a moment in your life where dying felt easier or better than living. I so wish you had people around you to get you pass that moment, I wish you hadn't pushed the ones who loved you away... I wish I could have fixed that something which was broken inside you...I couldn't...I wish so many things."

Sushant Singh Rajput, who was found dead at his Mumbai home on June 14, became a household name after starring in the daily show Pavitra Rishta, co-starring Ankita Lokhande. His career trajectory included hits as well critically acclaimed films like MS Dhoni: The Untold Story, Kedarnath, Chhichhore and Sonchiriya among others. The actor's last film Dil Bechara, an adaptation of John Green's novel The Fault In Our Stars, released last year.

Alaya Furniturewalla, The Bruises Are Definitely "Worth It". Watch Her Breathtaking Dance