Suhana Khan's Love For Cheese Made Her Do This. See Her Post 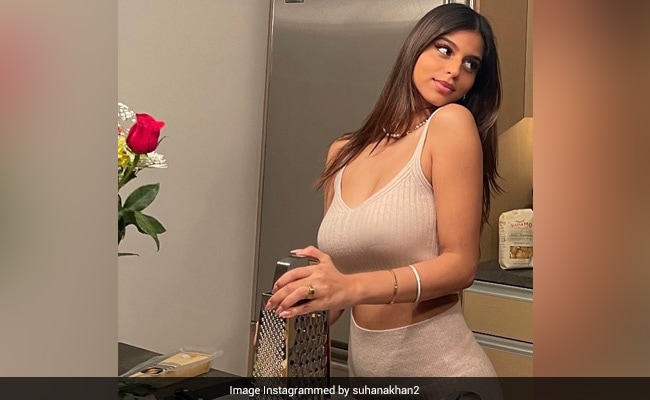 Suhana Khan's Instagram profile is a sheer delight and her latest post reminds us of just that. On Wednesday night, Suhana shared an Instagram entry with a cheesy caption (literally). She shared a picture of herself, in which she can be seen grating a block of cheese while she poses for the camera. Suhana looks stunning as ever in a crop top and a matching high waist pencil skirt. She accessorised her look with a statement necklace. Suhana captioned the post: "Say cheese." Suhana's friends filled up the comments section of her post. Navya Naveli Nanda wrote: "Ohkaay," adding a fire emoji. Maheep Kapoor, mother of Suhana's BFF Shanaya Kapoor, dropped heart and heart-eyed emojis in the comments section of her post.

Suhana Khan frequently shares posts with her friends. Last month, she shared a set of pictures with her friends Shanaya Kapoor, Ananya Panday and Navya Naveli Nanda. "Just me being the main character," Suhana captioned the post.

ICYMI, this is the post that we are referring to: