Aryan Didn't Want Suhana To Post His Pic From Dad Shah Rukh Khan's Birthday. So, She Did This

"He won't let me post this pic," wrote Suhana Khan 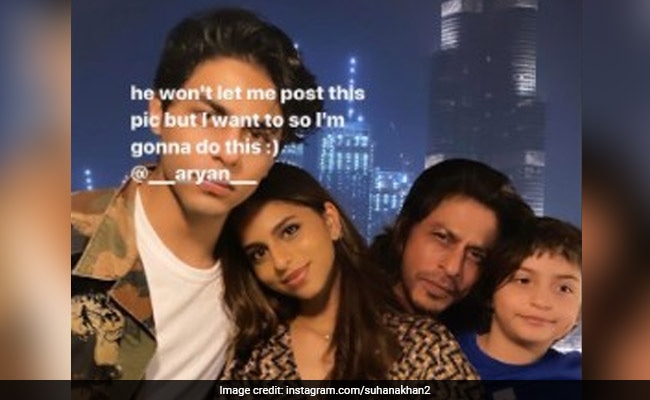 Shah Rukh Khan celebrated his 55th birthday in Dubai with his family, glimpses of which made it to his daughter Suhana Khan's Instagram stories. Now, we all know Shah Rukh's son Aryan is extremely private and isn't too fond of sharing his photos on social media. But sometimes, Suhana likes to include her big brother in her social media entries and this story is about one such. Suhana zeroed in on a perfect fam-jam moment for Instagram, featuring dad Shah Rukh and brothers Aryan and AbRam. She shared it with a scribbling of sorts placed right on Aryan's face, which when read closely, turns out to be a confession of sorts.

"He won't let me post this pic but I want to. So, I'm gonna do this," wrote Suhana in her attempt to hide Aryan's face. Here's Suhana Khan's ROFL Instagram story. 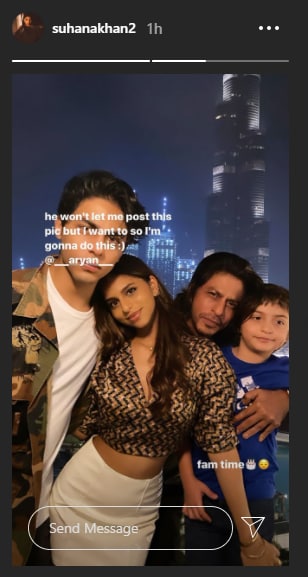 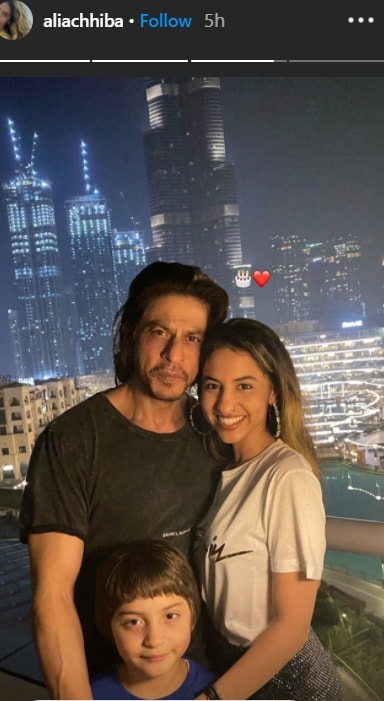 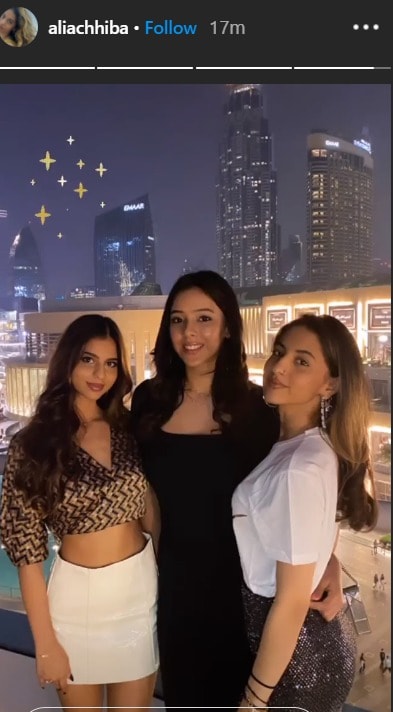 Shah Rukh Khan's birthday was made special as Dubai's iconic skyscraper Burj Khalifa lit up with his name and a special greeting to mark his 55th birthday on Monday. "Being my own guest in Dubai... my kids mighty impressed and me is loving it," Shah Rukh wrote in a tweet.

It's nice to see myself on the biggest and tallest screen in the world. My friend @mohamed_alabbar has me on the biggest screen even before my next film. Thanks & love u all @BurjKhalifa & @EmaarDubai. Being my own guest in Dubai... my kids mighty impressed and me is loving it! pic.twitter.com/qXUB6GERc0

Shah Rukh also thanked his fans and well-wishers in a video message for showering him with a whole lot of love on his birthday: "Hi everybody, this is to thank you for all the wonderful wishes I have been getting on the social media."

To my brother, the awesomely cool Mr. #MohamedAlabbar and @burjkhalifa @emaardubai. Thanks for making me shine so bright. Your love and kindness is unsurpassable. Wow! This is really the Tallest I have ever been. Love u Dubai. It's my birthday and I'm the guest!