Subhash Ghai said: "She is a jovial, good person whom I trust. She must be right in feeling that she was bullied when asked by someone" 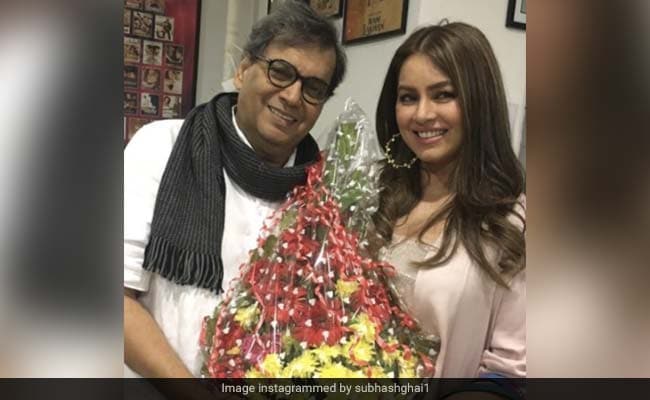 Filmmaker Subhash Ghai responded to actress Mahima Chaudhry's claims -she told Bollywood Hungama that Subhash Ghai "bullied" her and he allegedly asked producers to not to work with her - saying that he was "amused" and added that they are "still very good friends." He also confirmed that there was a "small conflict" after the release of Pardes (Mahima's debut film) but it was sorted three years later. The statement issued by Subhash Ghai, which was published in Hindustan Times and the Tribune, read: "I am amused reading this news. Mahima and I are very good friends till date and are still in touch through messages. She recently shared on how she gets welcomed at every event with a song from Pardes (I love my India) even after 23 years... She is a jovial, good person whom I trust. She must be right in feeling that she was bullied when asked by someone."

Of the "small conflict," Subhash Ghai said, "Yes, there was a small conflict in 1997 post the release of Pardes ... My company did send her a show cause notice for flouting a clause in our agreement. Media and industry reacted in a big way and so I withdrew and cancelled her contract with Mukta Arts. After three years she came to me with her family and apologised for her impulsive reaction. I forgave her and thereafter we became friends again... I guess we do get entertained with the smallest of an old tiff which is normal in course of life in showbiz."

In her interview with Bollywood Hungama, Mahima Chaudhry had also said that she lost films because of Subhash Ghai - one of them was filmmaker Ram Gopal Varma's Satya. "He sent a message to all the producers that nobody should work with me... There was an ad that he had given which stated that if anybody wanted to work with me, that person would have to contact him. Otherwise, it would be a breach of contract. However, there was no such contract which said that I had to seek his permission."

After her blockbuster debut in Pardes, Mahima Chaudhry went on to star in movies like Daag: The Fire, Kurukshetra, Pyaar Koi Khel Nahin, Om Jai Jagadish and Dil Hai Tumhaara. She was last seen in 2016 film Dark Chocolate.