"Stronger Together": Rajeev Sen Flies To Mumbai To Be With Wife Charu Asopa. See Their Loved-Up Pics

"Missed you so much," wrote Charu Asopa 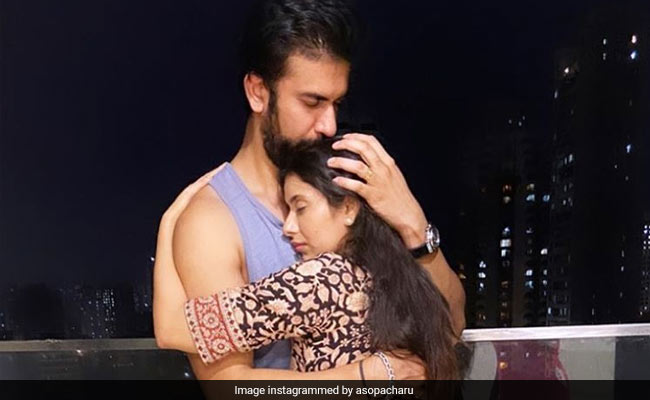 After living apart for almost three months, actress Charu Asopa and her husband, model Rajeev Sen, met recently and lit up Instagram with loved-up pictures. Rajeev, who was living in Delhi for quite some time, flew to Mumbai to be with his wife amid rumours about their separation. In their latest Instagram entries on Friday, Rajeev Sen and Charu Asopa shared pictures from their Mumbai home and their outing and even left adorable comments on each other's post. "Stronger together. I love my wife," Rajeev captioned his post, reacting to which Charu commented: "And I love my husband." Charu posted a picture of herself hugging Rajeev in their house and wrote: "Missed you so much." His reaction: "Missed you more." Aww.

Stronger together i Love my wife @asopacharu

Missed you sooooo much....

Rumours about Rajeev Sen and Charu Asopa's separation started doing the rounds on the Internet after the model flew to Delhi a few days before their first wedding anniversary - June 7. They even addressed rumours in different interviews, where they even talked about deleting pictures featuring each other from their respective social media profiles. Earlier, dismissing Rajeev's allegation that someone close to her is "brainwashing" her, Charu told Times Of India: "No one is brainwashing me. I am mature enough to make my own decisions - something that I have always done. Maybe, he was brainwashed into deleting our pictures from his social media handles."

However, the couple soon began dropping loved-up comments on each other's posts. On Ganesh Chaturthi, when Charu shared pictures from the festivities, Rajeev dropped this comment: "Hubby is coming to you, jaldi se."

Rajeev Sen and Charu Asopa met through common friends and after dating for four months, they got married in a civil ceremony on June 7 last year, followed by a grand celebration in Goa.

Charu Asopa is a television actress who has worked in shows like Agle Janam Mohe Bitiya Hi Kijo and Mere Angne Mein.