Sushmita Sen's Brother Rajeev On Separation Rumour: "Someone Close To Charu Is Brainwashing Her"

"I can't stop laughing at these claims," said Rajeev Sen 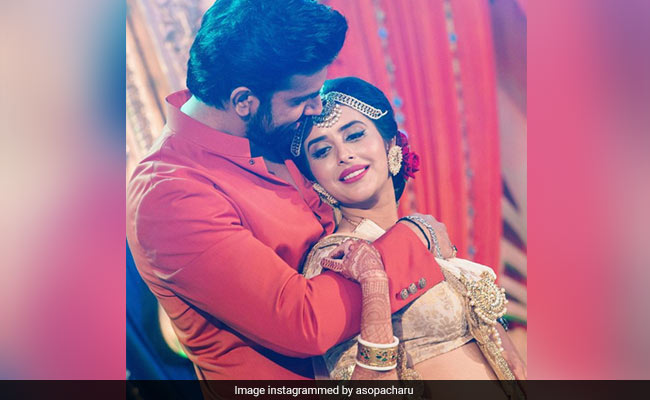 A picture of Charu Asopa and Rajeev Sen from their sangeet ceremony. (Image courtesy: charuasopa)

Actress Sushmita Sen's brother Rajeev Sen on Monday told the Times of India in an interview that "someone close to Charu (his wife Charu Asopa) is brainwashing her," when asked about the separation rumours. Rajeev Sen, who married actress Charu Asopa last year, also refuted reports that he has "moved out" of his Mumbai home. Speaking to the Times of India, Rajeev Sen said, "Why would I move out of my own house? I can't stop laughing at these claims. I have three homes - one each in Delhi, Mumbai and Dubai. I guess someone close to Charu is brainwashing her, because she is a simple and innocent girl."

Rajeev Sen alleged that someone from her "so-called huge friend circle" is behind the rumours. He said, "It could be someone from her so-called huge friend circle. I hope she doesn't lose her path. If I find out who the culprit is, I will post his or her name along with a picture and a lot of facts. If they are going to hit me, I'm going to hit them back harder."

Rajeev Sen and Charu Asopa have been on the list of trends for a few days now. Recently, when SpotboyE asked Rajeev Sen about the separation reports, he said: "I won't comment on that but currently I'm in a very happy zone is all I can say." On the other hand, Charu Asopa said, "I am sorry but I don't want to talk about it."

Rajeev Sen and Charu Asopa got married in a civil ceremony in Mumbai in June last year, which was followed by a grand wedding celebration in Goa. Rajeev and Charu unfollowed each other on social media and they deleted pictures of each other from their respective accounts, which triggered the separation rumour.