In a recent interview, Rajeev Sen neither denied nor confirmed rumours about his reported separation from wife Charu Asopa 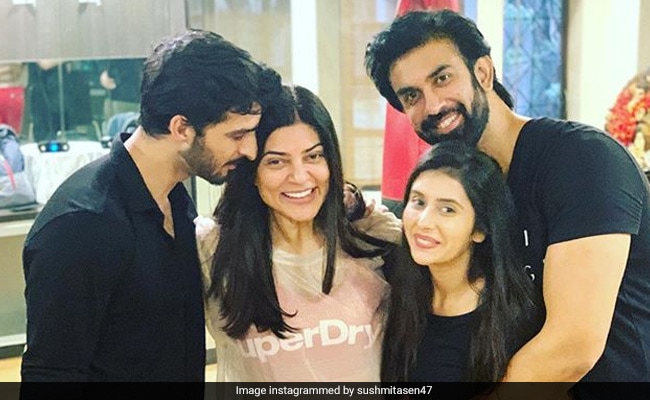 Sushmita Sen's brother Rajeev Sen and actress Charu Asopa, who got married in June last year, are reportedly living separately and trended a great deal recently when the Internet pointed out that they have removed each other's photos from their respective Instagram timelines. Speaking to SpotboyE recently, Rajeev Sen neither denied nor confirmed rumours about his reported separation from wife Charu Asopa but he said this: "I won't comment on that but currently I'm in a very happy zone is all I can say." According to SpotboyE, when they reached out to Charu Asopa to comment on their separation rumours, she said: "I am sorry but I don't want to talk about it." Rajeev Sen and Charu Asopa not only removed photos with each other but also unfollowed each other on Instagram.

Speaking to SpotboyE in a separate interview last month, Rajeev Sen had refuted separation rumours, saying he's "laughing over the news." Responding to reports that he has been living in Delhi while his wife Charu is in Mumbai, Rajeev had said: "Just because I am in Delhi for my work, people are thinking that we have had a fight and are no more together - what a funny world we live in."

At that time, Times Of India quoted a source close to the couple as saying that Charu and Rajeev are going through a rough patch: "Charu and Rajeev had serious compatibility issues right from the beginning. Things finally came to a head and Rajeev left for Delhi. The two have not been in touch since then. While Charu has dropped his surname on social media, he has blocked her from all channels of communication."

Rajeev Sen and Charu Asopa had a low key wedding on June 7 last year after dating for a few months. They celebrated their wedding with lavish celebrations in Goa, which was attended by Sushmita Sen arrived with her boyfriend Rohmal Shawl among other family members. Their wedding photos still remain on Sushmita Sen's timeline.