Rajeev Sen and Charu Asopa have not shared posts featuring each other since April. 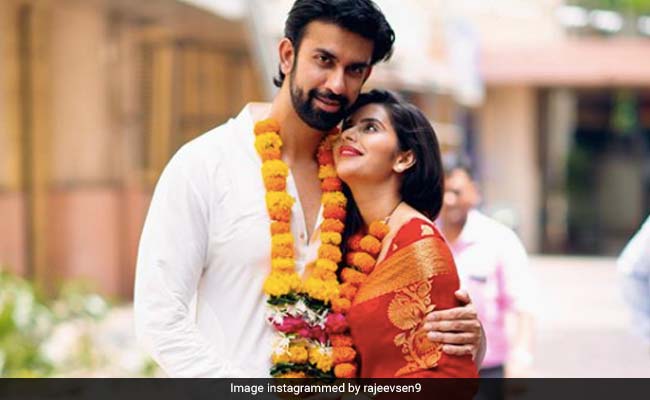 A picture of Rajeev Sen and Charu Asopa after their wedding. (Image courtesy: rajeevsen9)

Sushmita Sen's brother Rajeev Sen and his wife Charu Asopa found a spot on the list of trends after several media portals, including the Times of India and Pinkvilla, reported that they've been living separately for some time now. However, Rajeev Sen, who is currently in New Delhi, refuted the aforementioned reports in an interview with SpotboyE and said that he's "laughing over the news." He added, "Just because I am in Delhi for my work, people are thinking that we have had a fight and are no more together - what a funny world we live in." However, a source close to the couple told Times of India, "Charu and Rajeev had serious compatibility issues right from the beginning. Things finally came to a head and Rajeev left for Delhi. The two have not been in touch since then. While Charu has dropped his surname on social media, he has blocked her from all channels of communication."

The reports of a possible fall out spread like wildfire after Rajeev and Charu's social media activities. Rajeev and Charu have not featured on each other's Instagram since April and neither of them shared posts on their first wedding anniversary on June 7.

Rajeev Sen and Charu Asopa met through common friends and after dating for four months, they got married in a civil ceremony on June 7 last year, followed by a grand celebration in Goa. For the wedding celebrations in Goa, Sushmita Sen arrived with her boyfriend Rohmal Shawl and daughters Renee and Alisah. Rajeev and Charu's parents had also joined them.