"To all our fans who love us unconditionally," Rajeev captioned the photo 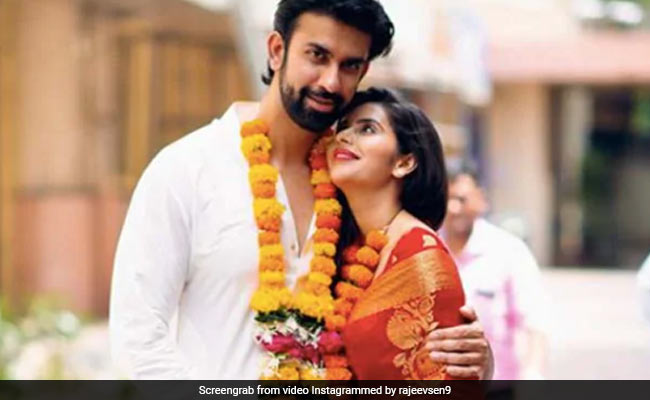 Sushmita Sen's brother Rajeev and his wife, actress Charu Asopa, occupied a spot on the list of trends on Wednesday, courtesy a picture from their video call. The couple have been trending for days after rumours of their separation surfaced on the Internet. The duo have not been living together for quite some time now - Rajeev Sen is in Delhi while Charu is still living in Mumbai. Amid the rumours that have been doing the rounds on the Internet, Rajeev shared a photo of himself talking to his wife on a video call. Sharing a screenshot from their video call on his Instagram story, Rajeev Sen captioned the post as: "Hi Charu, hi Rajeev. To all our fans who love us unconditionally." Take a look at the screenshot here: 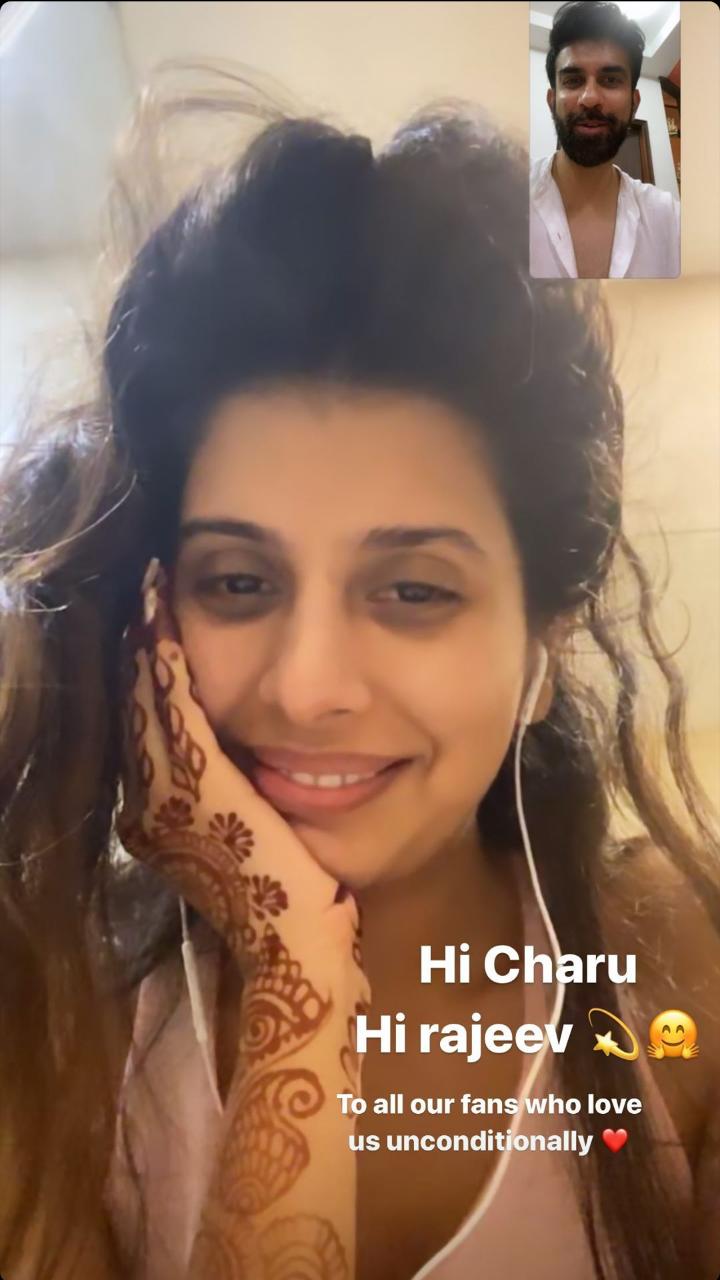 Both Rajeev Sen and Charu Asopa have addressed their separation rumours in different interviews in the last few days. Recently, Charu told The Times Of India that Rajeev left her alone in Mumbai and flew to Delhi a few days before their first wedding anniversary - June 7. Charu and Rajeev have also deleted pictures of each other on their social media profiles. In the same interview, Charu Asopa also spoke about Rajeev Sen's claim that someone close to her is "brainwashing her" and told the publication: "No one is brainwashing me. I am mature enough to make my own decisions - something that I have always done. Maybe, he was brainwashed into deleting our pictures from his social media handles."

Earlier, Rajeev, in an interview with TOI, denied that he has "moved out" of his Mumbai home following a fight with Charu and stated that: "I guess someone close to Charu is brainwashing her, because she is a simple and innocent girl."

However, going by Rajeev Sen's latest post, it appears that things are getting back to normal between the two. Rajeev Sen and Charu Asopa met through common friends and after dating for four months, they got married in a civil ceremony on June 7 last year, followed by a grand celebration in Goa.