Street Dancer Aside, Varun Dhawan Is Trending For This Coolie No 1 Update 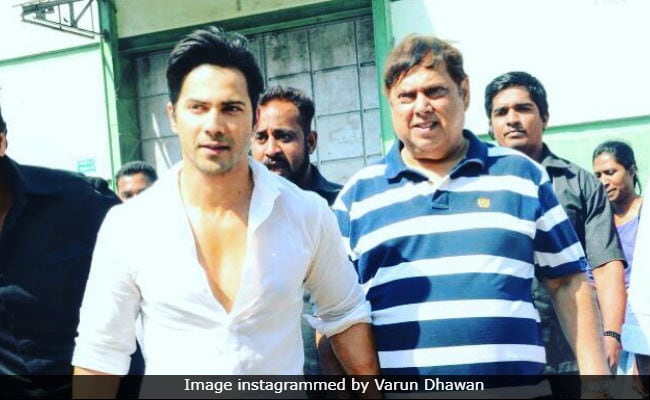 Actor Varun Dhawan has a chock-a-block work diary with dates assigned to Street Dancer and then to the reported remake of Coolie No 1, reports Bollywood Hungama and Mumbai Mirror. The first posters of Street Dancer - one featuring Varun and the other starring Shraddha Kapoor - were all over the Internet on Tuesday. Even as Street Dancer refused to step down from the top position of the list of trending topics, Varun Dhawan's reported next film Coolie No 1 found another spot on the list of trends. Several websites reported that Varun Dhawan will start filming Coolie No 1 right after Remo D'Souza's dance film. For Coolie No 1, Varun will collaborate with his father David Dhawan once again.

Varun Dhawan first collaborated with David Dhawan for 2014's Main Tera Hero and then for 2017's Judwaa 2, which was a remake of David Dhawan's old blockbuster. Judwaa, which released in 1997, starred Salman Khan in the lead role. Meanwhile, 1995 film Coolie No 1, starring Govinda, was the first of David Dhawan's 'No 1' film series.

Meanwhile, a Times of India report stated that Varun's co-star for Coolie No 1 remake will be Sara Ali Khan, star of films like Kedarnath and Simmba. The original Coolie No 1 was picturised on Karisma Kapoor and Govinda.