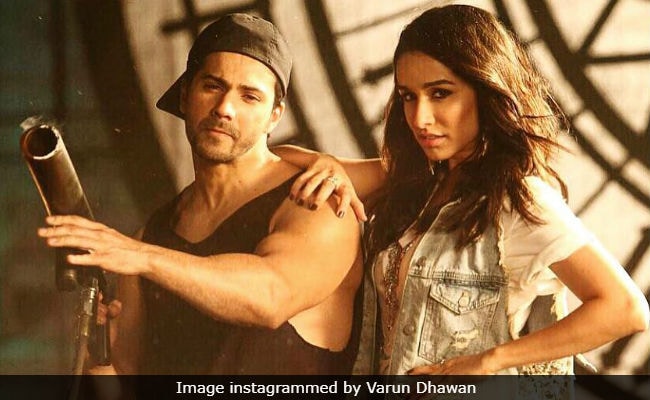 Actor Varun Dhawan has started filming Remo D'Souza's dance film in Amritsar while Shraddha Kapoor and Nora Fatehi are preparing for their ultimate dance-off sequence, which will be filmed later, reports Mumbai Mirror. In this untitled dance film, Shraddha and Nora are part of two competing teams in a dance competition, a source told Mumbai Mirror. "Both, Shraddha and Nora, belong to opposing teams in the film and will be a part of an intense face-off in a street dance form that will be shot in London. All the actors have started rehearsing for their dance sets and the duo is looking forward to the sequence that is an important part of the story," the source was quoted as saying.

"Remo is giving his all to choreograph the dance-off sequence and will be leaving for London on February 5. The London schedule is expected to wrap-up by March 25," the source added. The Mumbai Mirror reports added that Shraddha is currently learning five different dance forms - Afro, Krump, Locking and Popping, Animation Tutting and Urban.

Meanwhile, producer Bhushan Kumar shared these pictures from the sets of the film in Amritsar recently:

Shraddha Kapoor filled Katrina Kaif's spot in the cast after the latter opted out of film citing clash of dates with her work-in-progress film Bharat, co-starring Salman Khan. This will be Shraddha Kapoor and Varun Dhawan's second dance film with Remo D'Souza after 2015's ABCD 2.