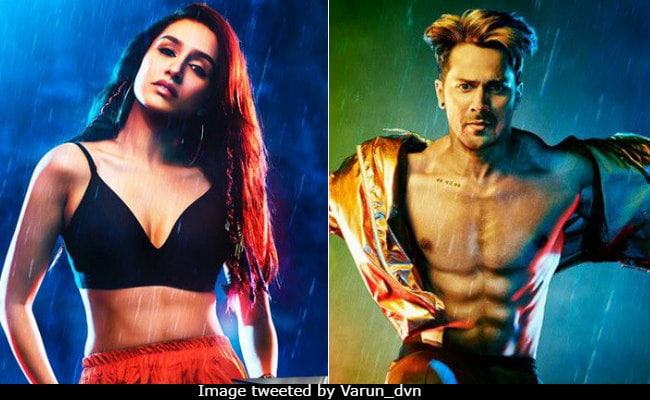 Street Dancers Shraddha Kapoor and Varun Dhawan are ready to take over the streets with their crazy dance moves very soon, courtesy Remo D'Souza's biggest dance film. The wait is over for Shraddha and Varun's first looks from their much talked-about film Street Dancer. On Wednesday, the Street Dancer introduced their first looks from the film with two brand new posters. For Shraddha, Varun wrote: "Coming to unite the streets. Back with my chirkut. Street Dancer 3D, bring your team cause I dance to win." And this is how Shraddha returned the favour: "Chirkut reunited! Dance like everyone's watching." In the poster, Shraddha sports a spunky look in a black bra-let and bright orange pants.

While Twitter can't stop talking about how amazing Shraddha's Street Dancer look is, Varun Dhawan turned out to be one of the first celebrities to write: "Hot hai" on Instagram.

Coming to unite the streets. Back with my chirkut #StreetDancer3D bring your team cause I dance to win @ShraddhaKapoor@itsBhushanKumar@norafatehi@Lizelle1238@remodsouza@aparshakti@mohanshakti@punitjpathak@Dthevirus0011pic.twitter.com/PxJoXv5gjK

Street Dancer, which is being introduced with the tag "#StreetDancer3D" is the third instalment in the ABCD series of films. Directed by Remo D'Souza, Street Dancer is said to be the biggest dance film of India. Both Shraddha and Varun starred in the second instalment in the film, which released in 2015. Shraddha was roped in again after Katrina Kaif opted out of the film due to scheduling issues.

Street Dancer went on floors in January, with Amritsar as the location for the first schedule of the film. Producer Bhushan Kumar shared pictures from the film's set.

Meanwhile, Shraddha Kapoor is said to be training in five different dance forms for the film and will reportedly feature in a power-packed dance face-off sequence with Nora Fatehi. Street Dancer is scheduled to hit screens on November 8 this year.