Street Dancer will hit the screens on November 8 this year 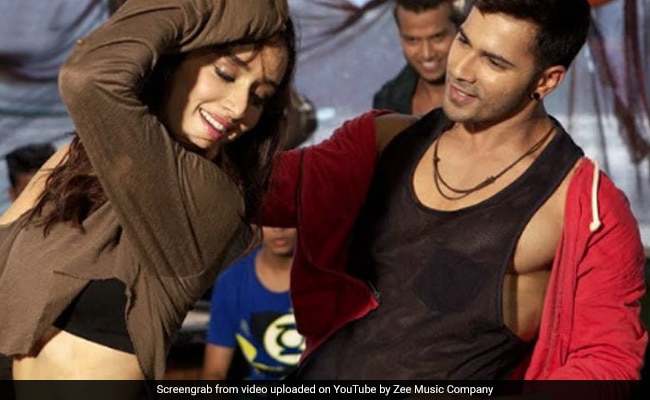 Shraddha Kapoor and Varun Dhawan's "biggest dance film" which is being helmed by Remo D'Souza has been titled Street Dancer. The film will hit the screens on November 8 this year, confirmed Varun, Shraddha and others, who are associated with the film. "Every rule will be broken - Street Dancer November 8th. We dance to express not to impress," wrote Varun Dhawan. "We dance for madness, we dance for fears. Be a rule breaker and come fall in step with Street Dancer this 8th November," Shraddha wrote on Twitter. Varun Dhawan finished shooting for the Amritsar schedule recently while Shraddha Kapoor and Nora Fatehi are prepping for the film in Mumbai. Varun and team Street Dancer will reportedly leave for London on February 5.

Why walk on the streets when you can dance on them!
Be a rule breaker and come fall in step with #StreetDancer3d this 8th November. @streetdancer_@ShraddhaKapoor@NoraFatehi@Tseries@itsBhushanKumar@Lizelle1238@remodsouza@PDdancingpic.twitter.com/8DR0RTBwMl

Be a rule breaker and come fall in step with #StreetDancer this 8th November@Varun_dvn@NoraFatehi@Tseries@itsBhushanKumar@Lizelle1238@remodsouza@PDdancingpic.twitter.com/VS0XpPm4AY

A Mumbai Mirror reports stated that Shraddha is currently learning five different dance forms - Afro, Krump, Locking and Popping, Animation Tutting and Urban. The report further stated that Shraddha and Nora are part of two competing teams in a dance competition. The actresses are currently preparing for their ultimate dance-off sequence, which will be filmed later.

Meanwhile, producer Bhushan Kumar shared these photos from the first day of shoot. The first schedule of the film was shot in Amritsar.

Apart from Varun Dhawan, Shraddha Kapoor and Nora Fatehi, Dharmesh Yelande, Raghav Juyal, Punit Pathak are also part of Remo D'Souza's film. Shraddha came onboard after Katrina Kaif opted out because of her schedule for Remo's film clashed with the ongoing filming of Bharat. "Katrina decided to step out of the film as her dates were clashing with Bharat, which she is currently shooting for. She wishes the team all the best," read a statement issued by Katrina Kaif's team.