Spyder: First Look Of Mahesh Babu's Next Film With A R Murugadoss Revealed 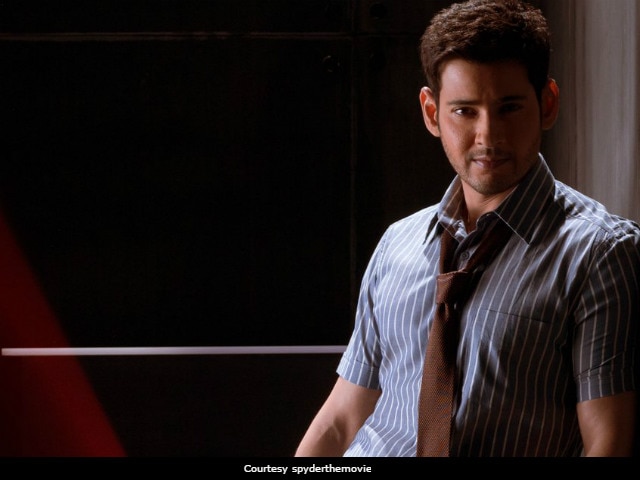 Spyder First Look: Mahesh Babu in a poster of the film

New Delhi: Mahesh Babu is back and back with a bang! The new poster of Mahesh Babu's upcoming film helmed by celebrated director A R Murugadoss released on Wednesday and Twitter just can't keep calm - 'Mahesh Babu' and 'Spyder' were top trends on Twitter soon after the first look made its arrival. Southern star Mahesh Babu's new film has been titled Spyder, which is also expected to release in Tamil and Malayalam. The first look of Mahesh Babu from the film has been unveiled in a motion poster of sorts, in which the silhouetted actor gradually takes shape from grains of sand. Dressed in a black tee and brown pants, Mahesh can also be seen holding a gun in the motion poster. In Spyder Mahesh Babu will play the role of an intelligence officer, and that's exactly the persona he features in, in the motion poster.

Here's the first look of Spyder:

Promoted
Listen to the latest songs, only on JioSaavn.com
Actress Rakul Preet Singh will co-star with Mahesh Babu in Spyder and will portray the role of a medical student. Sharing her experience of working with the Akira director, Rakul had told iflickz: "A R Murugadoss tops the list of directors I always wanted to work with. He is a very sensible director He makes commercial films and yet every film gives out a message directly or indirectly. He makes wholesome cinema with a mix of commercial and social elements and at the same time keeps audiences at the edge of their seats in thrilling anticipation. Mahesh Babu is the biggest super star in South. Both coming together for me in this one project is the best thing that could happen for me."

Shot extensively in Vietnam, Mahesh Babu's upcoming film will mark his debut in Tamil cinema, when it releases in other South Indian languages.