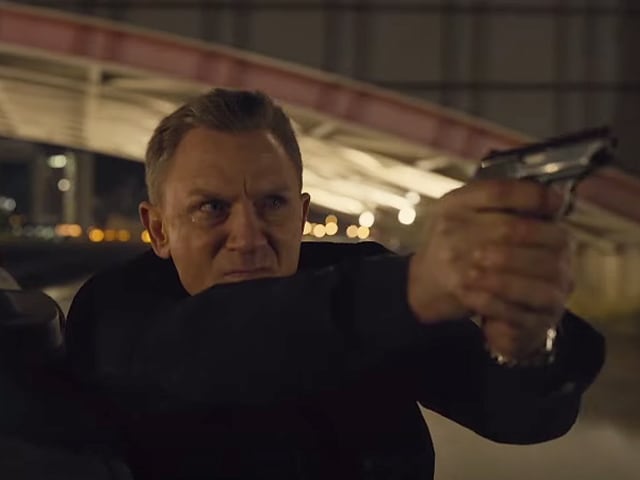 London: Gary Powell, the chief stunt coordinator of SPECTRE, revealed that the team behind the film had destroyed Aston Martin DB10 sports cars worth 24 million pounds for the movie. "We set the record for smashing up cars for SPECTRE. In Rome, we wrecked millions of pounds worth," Mr Powell told Event Magazine.

"They were going into the Vatican at top speeds of 110 mph. We shot one entire night for four seconds of film." During the shooting of a chase scene in Italy, a total of seven specially-designed Aston Martin DB10 sports cars were destroyed. The sports cars were equipped with the iconic ejector seat. (Also Read: SPECTRE Trailer: A Disappearing 007 and Two New Bond Girls)

According to the magazine, the car race went through the Vatican, the Colosseum and along the River Tiber. Another action scene included the secret agent in his Aston Martin, pursued at high speed by his nemeses riding a Jaguar C-X75 through the streets of Rome.

Actor Daniel Craig reprises his role as the spy for the fourth time in the 007 series. He is joined by Lea Seydoux, Ben Whishaw, Naomie Harris, Ralph Fiennes and Dave Bautista in the cast. Sam Mendes is returning as the director for the film. (Also Read: William, Kate, Harry on VIP Guest List at SPECTRE's London Premiere)

SPECTRE will open on October 26 across Britain and Ireland. The film will release in India on November 20.