"I cannot wait for all of you to experience this magic," wrote Sara Ali Khan 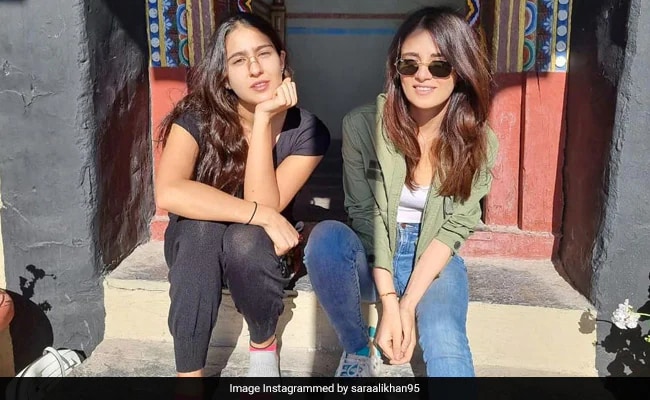 Sara Ali Khan wouldn't have missed her friend Radhika Madan's recently-released film Shiddat for the world and so she watched the film and gave a huge shout out to the movie on her Instagram story on Friday. Sara reviewed Radhika Madan's performance with these words: "Radhika Madan, you're inspiring, beautiful and soul touching as usual." She added, "Sunny Kaushal, you are beyond effortless, genuinely brilliant and a real treat to watch." Sara added in her note: "I cannot wait for all of you to experience this magic." Shiddat released on streaming platform Disney+Hotstar. 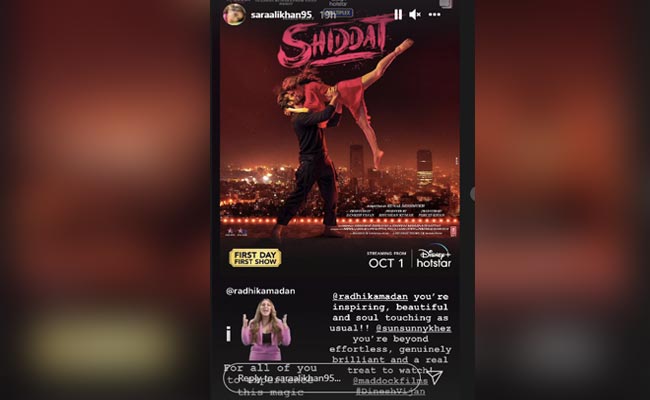 Sara Ali Khan and Radhika Madan flew together to Ladakh last month. They were accompanied by singer Jasleen Royal during the trip. See some of the photos from the trip here:

Radhika Madan made her debut in Bollywood with Vishal Bhardwaj's comedy-drama Pataakha. She later featured in Vasan Bala's action-comedy Mard Ko Dard Nahi Hota, in which she co-starred with debutant Abhimanyu Dassani. She was also seen in Angrezi Medium, which released last year. Radhika Madan has also featured in Netflix series Ray, in which she starred in Vasan Bala's segment titled Spotlight. She has Kuttey in the line-up.