"We recently had a word with Akshay Kumar to not release his films on OTT," said Maratha Mandir and G7 Multiplex's executive director Manoj Desai 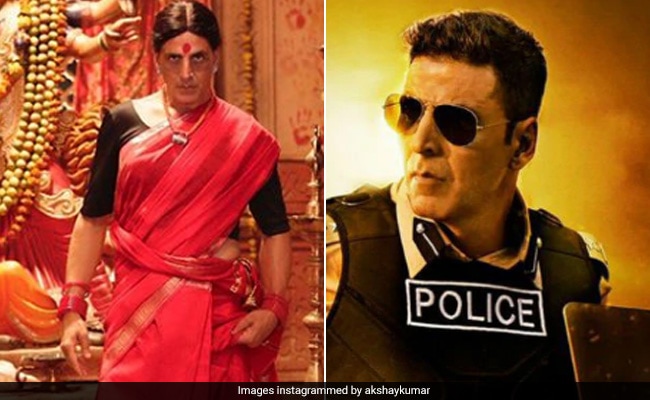 After it was confirmed that several big releases including Amitabh Bachchan's Gulabo Sitabo, Vidya Balan's Shakuntala Devi and Nawazuddin Siddiqui's Ghoomketu will directly premiere on digital platforms, Maratha Mandir and G7 Multiplex's executive director Manoj Desai said that Akshay Kumar's Sooryavanshi will release in theatres but Laxmmi Bomb may get a digital release, reported news agency PTI. Disappointed with producers choosing streaming platforms to release their films instead of theatres, the Manoj Desai asked Akshay Kumar to not release his film online, after which the actor told him about the updated release details of his films Sooryavanshi and Laxmmi Bomb, reported PTI.

"We recently had a word with Akshay Kumar to not release his films on OTT. He has told us that Sooryavanshi will release in theatres but Laxmmi Bomb might follow the digital route. We are yet to get in touch with other top actors including Salman Khan," Manoj Desai told PTI.

Sooryavanshi, directed by Rohit Shetty, was earlier slated to open in theatres on March 27 but the makers postponed the film's release due to ongoing coronavirus outbreak. They still haven't announced the new release date yet.

Meanwhile, a report of Laxmmi Bomb's digital release has been doing rounds on the Internet since last month. According to a mid-day report, the makers are thinking of releasing the film, which is still in post-production stage, on Disney+Hotstar. However, neither the makers nor Akshay Kumar have issued a statement confirming the news yet.

Along with the aforementioned films, it has also been reported that Janhvi Kapoor's Gunjan Saxena, Amitabh Bachchan's Jhund and Ludo, featuring Abhishek Bachchan and Rajkummar Rao will also release on OTT platforms.

The announcements of digital release of seven films, including five south movies, have left the multiplex chains "disappointed" and "alarmed." On Friday, INOX and PVR issued statements against the decision of some producers to release their films digitally, in which they expressed their "extreme displeasure" and called for "retributive measures."

However, supporting the filmmakers, the Producers Guild Of India expressed its "displeasure" over the statements issued by few multiplex chains and said that it is "disappointing to see abrasive and unconstructive messaging" from some of their colleagues from the exhibition sector.

Earlier this month, the Multiplex Association of India (MAI) issued a statement appealing to studios, producers and artistes to support the cinema exhibition sector by withholding the release of their films, reported PTI.