Akshay Kumar's Laxmmi Bomb Might Release On Disney+Hotstar Instead Of Theatres: Report

"Akshay Kumar, director Raghava Lawrence and the producers are discussing the offer," revealed a source 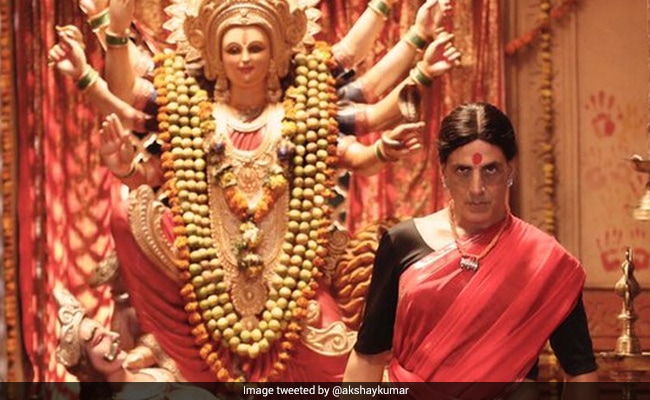 Akshay Kumar on a promotional poster of the film. (Image courtesy: akshaykumar )

Due to the coronavirus outbreak and extended lockdown, Akshay Kumar and Kiara Advani's film Laxmmi Bomb might reportedly have a "direct-to-web release," stated a report in mid-day. A source close to the development revealed that the actor and the makers are "discussing the offer" to premiere the film on Disney+Hotstar, reported mid-day. "Akshay, director Raghava Lawrence and the producers are discussing the offer. There's a lot of post-production work left on the movie, including editing, background music, mixing and VFX. Since the team is working from home, the process is taking longer than usual. However, the makers are hoping to have the film ready by June. Although currently, the lockdown is on till May 3, theatres may continue to remain closed to ensure social distancing. In such a scenario, the team may consider having a direct-to-web release," the source was quoted as saying by mid-day.

The source added that Akshay Kumar doesn't want any parties involved in the project to suffer loss. "Akshay wants to make sure none of the invested parties make losses and that the movie reaches a wide audience. While Disney+Hotstar ensure a worldwide reach, making the film available across small towns in India will be a concern for them,' said the source.

The coronavirus lockdown has put a halt on several film projects. Because of this, several daily wage workers from the film industry are facing financial crisis. The releases of many films have also been postponed indefinitely. Last month, Akshay Kumar pledged a donation of Rs 25 crore to Prime Minister Narendra Modi's COVID-19 relief fund PM CARES. He also donated Rs 3 crore to Brihanmumbai Municipal Corporation (BMC) for making masks and rapid testing kits for healthcare workers.

Coming back to Laxmmi Bomb, it is a Hindi remake of 2011 Tamil horror comedy Muni 2: Kanchana. Akshay Kumar plays the role of timid-natured Raghav, who suffers from a fear of ghosts and undergoes a personality transformation after being possessed by the spirit of a transgender named Laxmmi in the film.