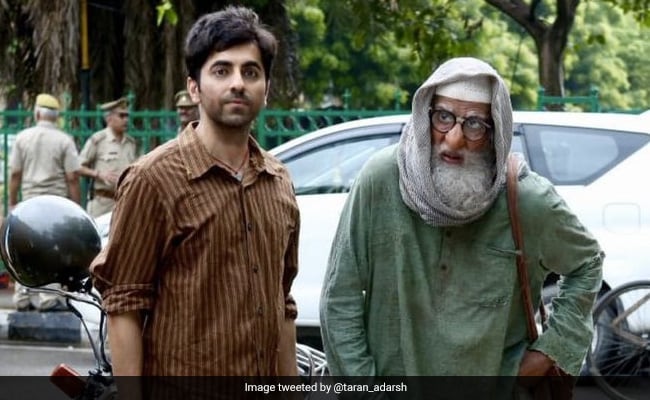 The film industry is finding new ways to reopen amid a pandemic. Two films will release on streaming platforms - Gulabo Sitabo, starring Amitabh Bachchan and Ayushmann Khurrana, and Ghoomketu, in which Nawazuddin Siddiqui plays the lead. Gulabo Sitabo, which was to open in April and couldn't as India locked down against the COVID-19 outbreak, will now release on Prime Video on June 12. Amitabh Bachchan and Ayushmann Khurrana shared posters of the film with the new release details on social media. Gulabo Sitabo reunites Mr Bachchan with director Shoojit Sircar - the pair have previously collaborated on the films Shoebite, Piku and Pink, the last of which Mr Sircar produced.

Ghoomketu, in which Amitabh Bachchan has a cameo, has been long awaiting release and will now stream on ZEE5 starting May 22, announced trade analyst Taran Adarsh.

#Ghoomketu to release on #ZEE5 [on 22 May 2020]...
#GulaboSitabo to premiere on Amazon Prime Video [on 12 June 2020]...
Will the forthcoming Fridays see #Hindi movies premiering on digital platforms, bypassing theatrical release?

Cinema halls were among the first public spaces to be closed across the country as India braced itself against the Coronavirus pandemic. Several big Bollywood productions are in post-production or entering post-production stage; it is likely that at least some of them will opt to release on an OTT platform as Gulabo Sitabo has done. Among these films are '83, a sports film starring Ranveer Singh as cricketer Kapil Dev - the Kabir Khan-directed '83 was also meant to release in April; per Mr Adarsh, it is awaiting a final mix. Other films nearing completion are Akshay Kumar's Laxmmi Bomb and the remake of Coolie No 1 with Varun Dhawan and Sara Ali Khan.

Maharashtra, where the Hindi film industry is based, has recorded the highest number of COVID-19 cases of all states. The total number of cases in India is fast approaching 80,000.