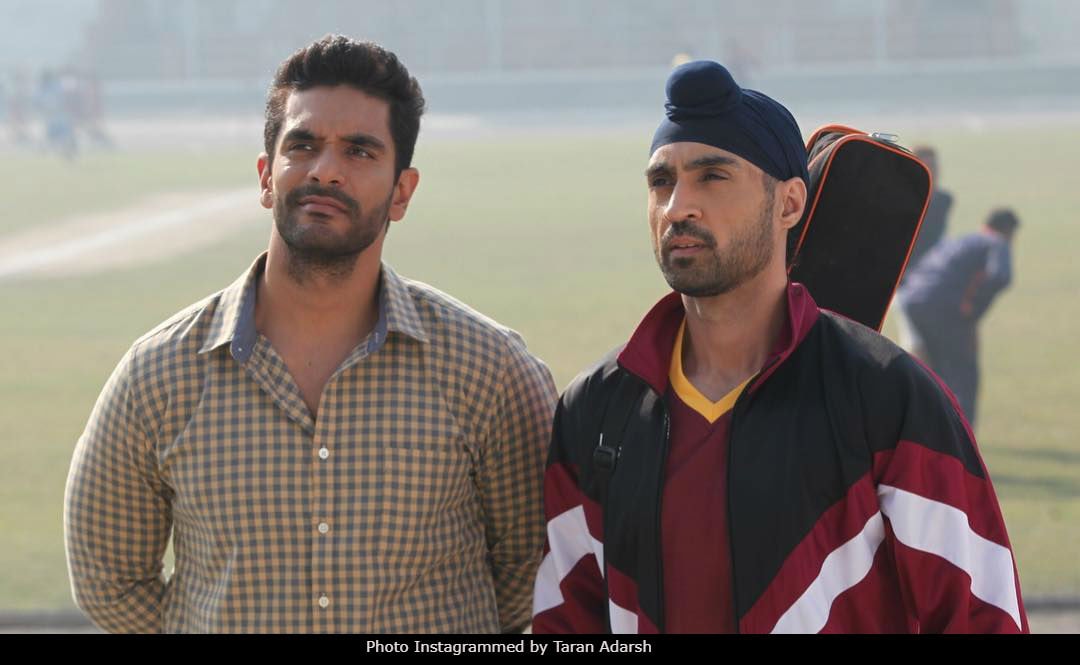 Diljit Dosanjh in a still from Soorma (Courtesy taranadarsh)

In a separate tweet, Taran Adarsh said that the theatres across North India have made major contributions to Soorma's box office score owing to Diljit Dosanjh's popularity in the region. This is what Mr Adarsh tweeted:

After a slow start in morning shows [North India opening was good due to Diljit Dosanjh's stardom], #Soorma gathered momentum from evening onwards... Is looking at substantial growth on Sat and Sun thanks to strong word of mouth... Fri Rs 3.25 cr. India biz.

In his review for NDTV, film critic Saibal Chatterjee gave Soorma 2 out of 5 stars. "Dosanjh cannot be faulted. He makes the best of a bad deal. Pannu, an actress who always gives the impression that she is sailing through with ease, does her bit to give Soorma its rare convincing moments. Angad Bedi has a meaty role - he digs his teeth into it and steals many a scene. Satish Kaushik, in the role of Sandeep's travelling salesman-father, adds a few bright spots to Soorma," he wrote.

Soorma is based on the life of star drag-flicker of national Indian Hockey team Sandeep Singh and Diljit Dosanjh gets into the shoes of the player in this Shaad Ali directed film. A star player, Sandeep Singh was paralysed waist-down after he was shot while travelling in a train. Despite the hurdles, Sandeep made a comeback in the Indian national hockey team and led the country to the victory in the Sultan Azlan Shah Cup and qualified for 2012 Olympics. Soorma also stars Taapsee Pannu, Angad Bedi and Satish Kaushik.