Sonchiriya Actress Bhumi Pednekar Has 'No Time For Love And Relationships'

Bhumi Pednekar, filming multiple projects, said, "Where do I have time for a love life?" 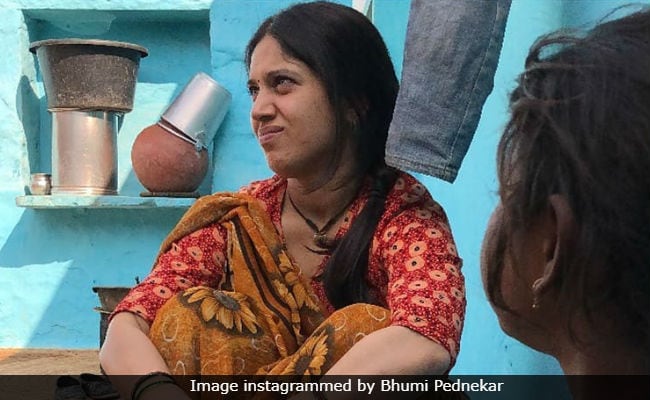 Bhumi Pednekar in a still from Sonchiriya. (Image courtesy: Instagram)

Bhumi Pednekar, who is awaiting the release of Sonchiriya this week, told Mumbai Mirror that she is too busy to be in a relationship. After Sonchiriya, a dacoit drama which opens in cinemas on March 1, Bhumi has signed up for a film with Alankrita Shrivastava, the remake ofPati Patni Aur Woh, Karan Johar-directed Takht and Dinesh Vijan's film co-starring Ayushmann Khurrana. When asked about her dating life, Bhumi said, "With the films and prep I'm doing, going to Chambal for Sonchiriya and Noida for Alankrita's film, where do I have time for a love life? I'm a young girl and I'm open to dating but at the risk of sounding cliched, I really don't have the time for it."

Yes Bhumi, that's quite a lot but who's complaining?

In her upcoming film Sonchiriya, Bhumi Pednekar plays the role of a Chambal local who ends up travelling with a gang of dacoits. However, it appears she is more than just a woman trying to escape her miserable life.

Bhumi Pednekar has proved her mettle as an actress with films such as Dum Laga Ke Haisha, Toilet: Ek Prem Katha and Shubh Mangal Saavdhan.