Sonchiriya Trailer: Sushant Singh Rajput's Dacoit Drama Will Take You To The Dusty Valleys Of Chambal

The second trailer of Sonchiriya hit the Internet on Friday 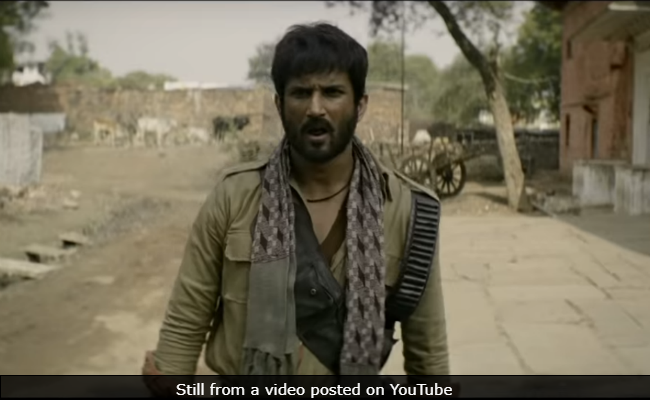 The second trailer of Abhishek Chaubey's Sonchiriya hit the Internet on Friday and it went insanely viral. The minute-long trailer which showcases the story of rebels, is a perfect amalgamation of high-octane action and dark humour. The video begins with a gang of dacoits barging into a wedding but they offer Rs 101 to the bride as a wedding gift. The trailer offers some intense performances by Sushant Singh Rajput, Manoj Bajpayee, Bhumi Pednekar and Ranvir Shorey. However, it wouldn't be wrong to say that the crisp, well-written dialogues are a clear winner in the trailer. "The story of rebels, written in dust and with their blood," (as described in the film's trailer) will surely catch your attention.

Without much ado, check out the second trailer of Sonchiriya here:

Meanwhile, also check out the first trailer of Sonchiriya here:

Sonchiriya has been directed by Abhishek Chaubey and it has been produced by Ronnie Screwvala. The dacoit drama has been extensively shot in Chambal, Madhya Pradesh and it will hit the screens on March 1, 2019. The film will clash with Kriti Sanon and Kartik Aaryan's Luka Chuppi at the box office.