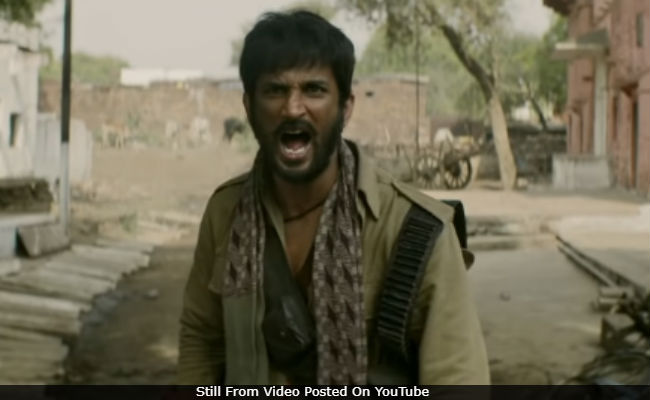 Sonchiriya, starring Sushant Singh Rajput, Bhumi Pednekar, Manoj Bajpayee and Ashutosh Rana, is an intense 'story of rebels', as described in the trailer of the film. Sonchiriya trailer hit the Internet on Monday and it looks like a gripping dacoit drama. The film is a crime drama set in Chambal in 1975. The opening scene of the trailer begins with a voiceover where the residents are informed that the President has declared Emergency in India. Later, the scene shifts to a house where the dacoits - Sushant Singh Rajput, Manoj Bajpayee, Ranvir Shorey and others - have stationed themselves and the place has been surrounded by the police from all sides. The gang is asked to surrender, but they find their way out. Bhumi Pednekar also plays a dacoit in Sonchiriya. Ashutosh Rana features as a cop.

To prep for his role in the film, Sushant Singh Rajput has reportedly interacted with some former dacoits in Chambal before the project went on floors.

Of Bhumi's preparations for Sonchiriya, a source earlier told DNA, "Bhumi chose dusty suburban fields to swanky gyms as her training ground and her workout regime included walking with buckets filled with water on her head under the boiling sun, sweeping and cleaning floors, walking barefoot in dusty fields and lanes, grinding wheat, among other rigorous household chores that rural women in India do."

Directed by Abhishek Chaubey, Sonchiriya hits the screens on February 8.