The makers of Sonchiriya released the film's teaser on Friday and oh boy, it looks so gripping 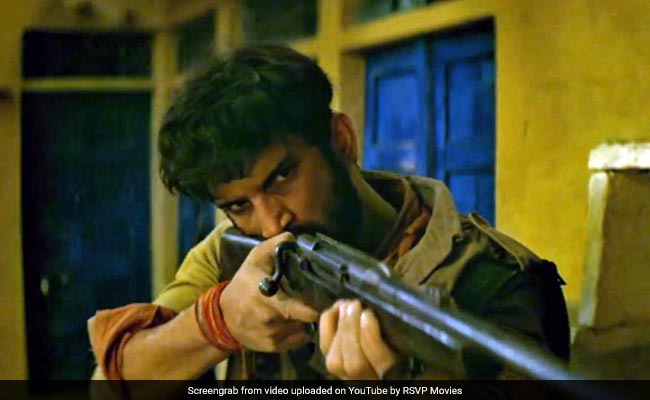 After sharing a new poster of Sonchiriya, the makers released the film's teaser on Friday and oh boy, it looks so gripping. The teaser offers an overview of the film featuring Manoj Bajpayee, Sushant Singh Rajput, Ranvir Shorey, Ashutosh Rana and Bhumi Pednekar. Manoj Bajpayee plays the role of dreaded dacoit Man Singh from Chambal, who had a huge bounty on his head in the Seventies. Sushant Singh Rajput, Ranvir Shorey and Bhumi Pednekar are also playing the role of dacoits in the film. Sonchiriya teaser looks pretty promising but it does not give away much about the film except for the fact that it is a dacoit drama. Bhumi Pednekar and Ashutosh Rana have blink and miss appearance in the teaser. The actors shared the teaser of the film on their respective social media handles. Bhumi Pednekar shared the teaser on Instagram and wrote: "Ab yeh dekhno hai ki khalifa banego kaun."

Watch the teaser of Sonchiriya here:

The first poster of Sonchiriya was unveiled in July this year. "Bairi beimaan, baaghi saavdhan," reads the tagline of Sonchiriya's poster. To get into the skin of his character in the film, Sushant Singh Rajput had apparently spent time with some former dacoits in Chambal before the shooting schedule started in January this year.

Sushant Singh Rajput's first look from the film was unveiled earlier this year. Twitter was floored by his 'Gabbarwala look.'

Is It @itsSSR Or A Dacoit !! Impressive Indeed #Sonchiriyapic.twitter.com/YYFgDb1kU1

Sushant Singh Rajput and Bhumi Pednekar are working together for the first time. Bhumi announced the wrap of the film her look from the film on social media. "Sonchiriya. As we wrap up this unforgettable journey, sharing a bit of me from this very special film."

Directed by Abhishek Chaubey, Sonchiriya will hit the screens in February next year.