"Hugs or no hugs, I got your back," wrote Arjun Kapoor for Sonam 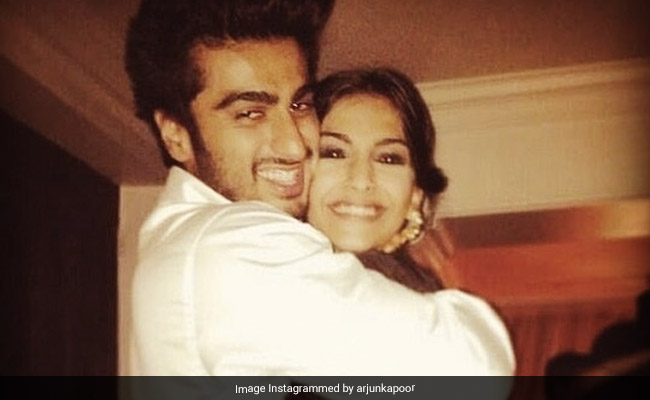 Sonam Kapoor turned 35 on Tuesday. Sonam's cousin Arjun Kapoor's birthday post for her is a dose of cuteness. Arjun shared a picture featuring Sonam where they can be seen hugging each other as they happily pose for the camera. Arjun accompanied the picture with the caption, "Happy birthday Sonam Kapoor." Referring to the coronavirus pandemic which has stopped people from hugging each other, Arjun added, "Miss the good old days where we hugged without a care in the world... but always know hugs or no hugs, I got your back." Within minutes, Sonam reacted to Arjun's wish and commented, "Best hugger in the world.. love you so much.. I always got your back too." Aww. Take a look at the picture here:

Happy birthday @sonamkapoor !!! Miss the good old days where we hugged without a care in the world... but always know hugs or no hugs I got ur back....

Maheep Kapoor, on the other hand, took a trip down memory lane and fished out a throwback picture to wish her niece, Sonam. In the monochrome picture, Sonam can be seen holding Maheep and Sanjay Kapoor's daughter Shanaya as she smiles with all her heart. In another picture, Sonam can be seen posing with Sanjay Kapoor and his son Jahaan Kapoor. Maheep captioned the pictures like this: "Happy birthday my darling Sonam Kapoor. We love you loads." Sonam reacted to the pictures and commented, "you found some pics. Love you," to which Maheep replied saying, "We seriously need to take some more." p>

Happy birthday my darling @sonamkapoor we love you loads 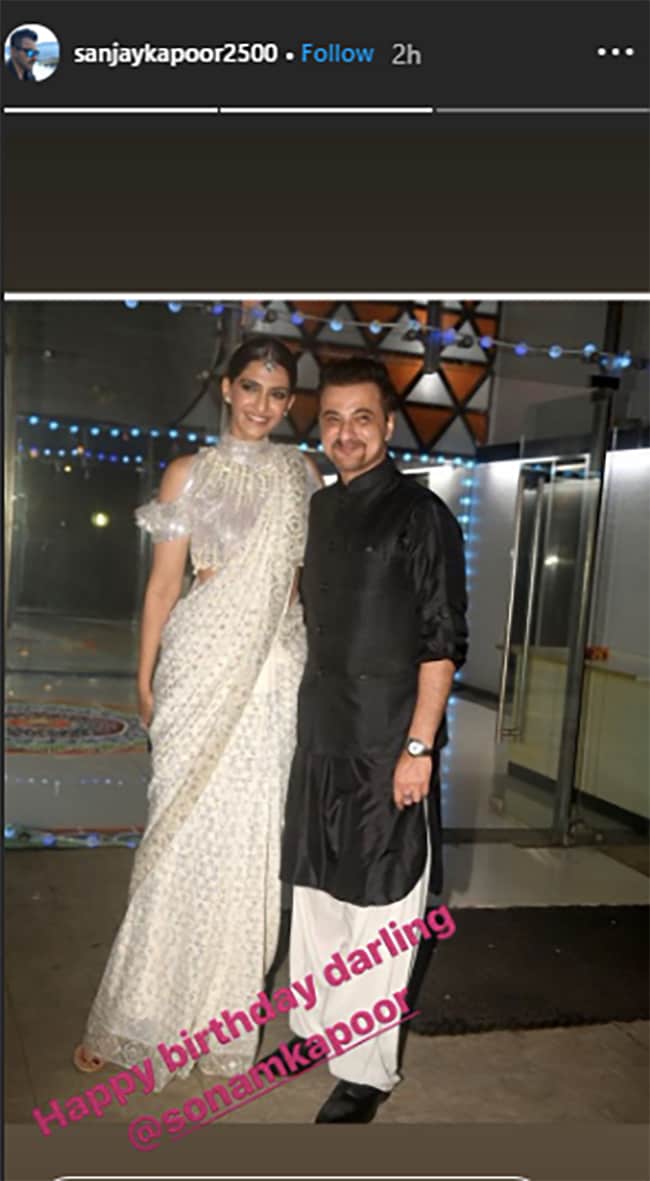 Screenshot of the Instagram story posted by Sanjay Kapoor.

Sonam Kapoor, who recently flew back to Mumbai from Delhi, with husband Anand Ahuja, celebrated her birthday with her family. Sonam shared multiple pictures of her birthday celebrations on her Instagram profile. Sonam's sister Rhea Kapoor shared a picture of Sonam blowing the birthday candles and wrote, "Happy birthday, senior."

Sonam Kapoor is the eldest daughter of Anil Kapoor and Sunita Kapoor. The couple are also parents to Rhea Kapoor and Harshvardhan Kapoor.