"The truth of the matter is that they didn't choose to come into this world. You decided to bring them here," said Sonam Kapoor 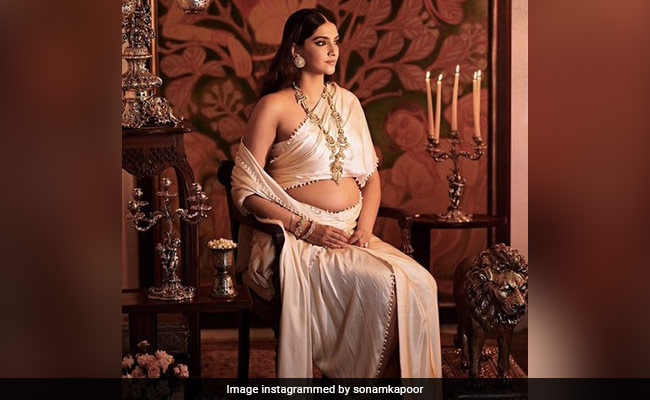 Sonam Kapoor and Anand Ahuja welcomed their first child, a son, on Saturday (August 21). The couple shared an official statement on their respective Instagram handles and thanked the family, doctors and nurses for supporting them throughout the journey. Soon after the announcement, a fashion magazine, Vogue, unveiled the cover picture of their upcoming issue that shows Sonam posing in an unbuttoned shirt. The magazine shared an excerpt from her interview on its official Instagram handle. In the interview, the actress opened up about the decision to become a parent.

Sonam Kapoor shared a stunning picture on her Instagram handle, along with an excerpt from the interview. "Priorities do change and I think that the child will become mine. The truth of the matter is that they didn't choose to come into this world. You decided to bring them here, so it's a very selfish decision," Vogue quoted the actress saying.

Welcoming their son, Sonam Kapoor and Anand Ahuja shared an official statement that read, "On 20.08.2022, we welcomed our beautiful baby boy with bowed heads and hearts. Thank you to all of the doctors, nurses, friends and family who have supported us on this journey. It's only the beginning but we know our lives are forever changed. - Sonam and Anand."

Sonam Kapoor and Anand Ahuja got married in May 2018 after dating for several years. The couple announced the pregnancy in March this year, and since then, the actress has been giving her fans some major maternity fashion goals.