Sonam Kapoor, who is currently shooting for Padman along with Akshay Kumar, told news agency PTI that she appreciates the fact that her co-star does films with socially-relevant subjects 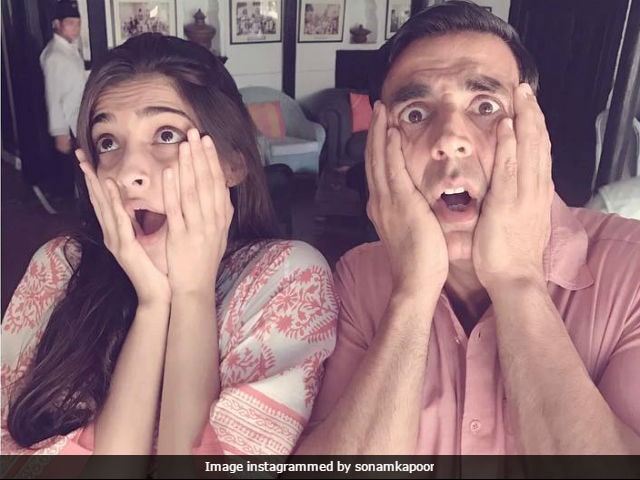 New Delhi: Actress Sonam Kapoor was recently presented with a 'Special Mention' for her performance in 2016 movie Neerja at the 64th National Awards ceremony. The 31-year-old actress, who is currently shooting for Padman along with Akshay Kumar, told news agency PTI that she appreciates the fact that her co-star does films with socially-relevant subjects. Sonam Kapoor has previously co-starred with the Gabbar Is Back actor in Anees Bazmee's Thank You. "This the second time I am working with Akshay and it was a completely different experience. I respect Akshay for doing relevant and content-driven films. As an actor, he is honest to his work and as a person he is very disciplined," PTI quoted Sonam Kapoor as saying.

Padman is a biopic on Tamil Nadu-based social activist Arunachalam Muruganantham who invented low-cost sanitary pad making machine to create awareness about traditional unhygienic practices around menstruation in rural India. The film is being directed by R Balki, who is best known for directing Cheeni Kum (2007) and Paa (2009).

"I feel blessed to be working Balki sir. I am going to miss him after the shoot, he is a positive and crazy person. He doesn't yell at anybody," Sonam Kapoor told PTI.

Promoted
Listen to the latest songs, only on JioSaavn.com
Sonam Kapoor is also working with filmmaker Rajkumar Hirani in the upcoming biopic on actor Sanjay Dutt. "The kind of films they (Balki and Hirani) have made are amazing. Their passion, honesty and integrity inspire me. I have worked with the best of directors and they have got the best out of me," PTI quoted Sonam Kapoor as saying.