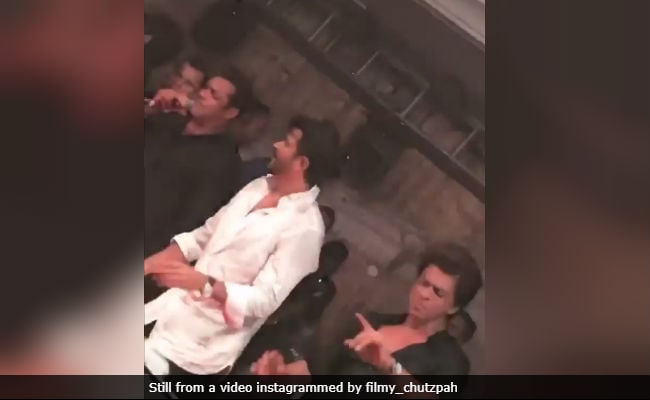 New Delhi: Sonam Kapoor and Anand Ahuja's reception on Tuesday night was one helluva event. The Kapoors and the Ahujas were on their feet since morning but they showed no signs of fatigue, in fact the groom was the heart and soul of the party as he danced to hit Bollywood tracks with Salman Khan, Shah Rukh Khan and his father-in-law Anil Kapoor among others (now we know why he wore the sneakers!). Videos of celebs dancing like no one's watching hit the internet and it's a guaranteed smile on anyone's face. Salman Khan and Mika Singh engaged in a jugalbandi of sort as they sang Aaj Ki Party (from Salman's Bajrangi Bhaijaan) as SRK and Anil Kapoor danced. The trio pulled Sonam and Anand for a dance when Tan Tana Tan Tan Tan Tara was being played. Like the wedding hashtag said, "EveryDayPhenomenal."

Watch snippets of the awesomeness from Sonam and Anand's reception:

After the reception, Shah Rukh Khan in a heart-warming tweet said: "I kind of know, how it feels when a piece of your heart gets married. Danced and celebrated love for daughters with my inspiration Anil Kapoor."

I kind of know, how it feels when a piece of ur heart gets married. Danced & celebrated love for daughters with my inspiration Anil Kapoor.

Promoted
Listen to the latest songs, only on JioSaavn.com
Sonam Kapoor and Anand Ahuja got married as per Sikh traditions on the morning of May 8 and the reception was held later in the evening. Several celebrities including Shah Rukh Khan and Gauri, Abhishek and Aishwarya Rai Bachchan, Salman Khan, Katrina Kaif, Rekha, Kareena Kapoor and Saif Ali Khan and Alia Bhatt were in attendance. At the reception, Sonam wore a dazzling gown by Anamika Khanna while Anand Ahuja complemented her in an achkan paired with Nike sneakers. 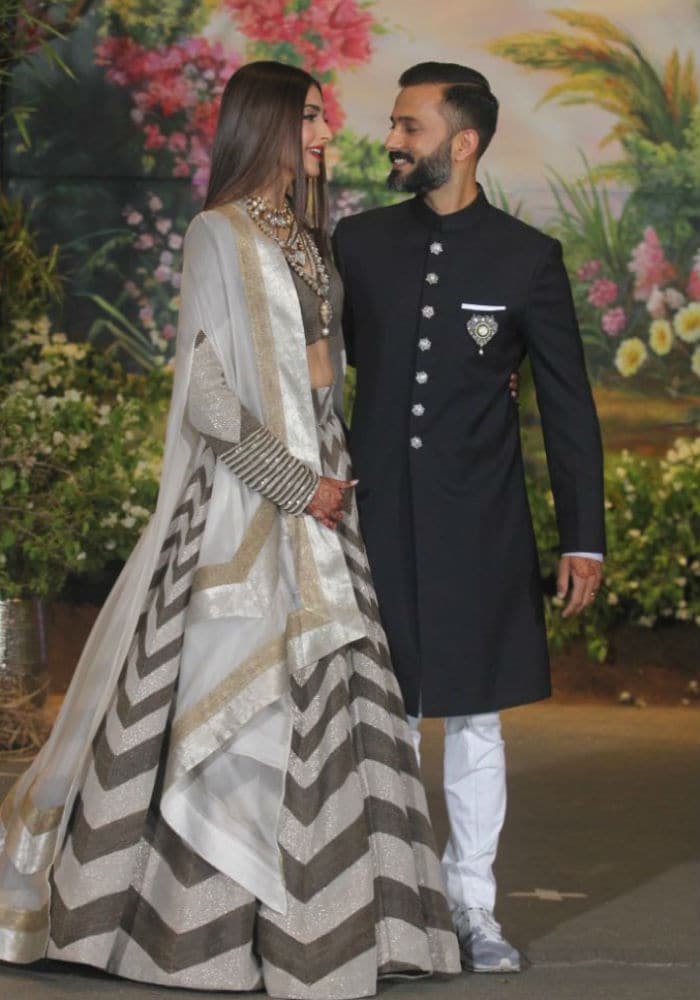 A bevy of Bollywood celebs had attended the anand karaj in the morning held in Sonam's aunt's Bandra Bungalow. Aamir Khan along with wife Kiran Rao and son Junaid, Amitabh Bachchan with his son Abhishek and daughter Shweta, Kareena Kapoor joined the Kapoors and the Ahujas.