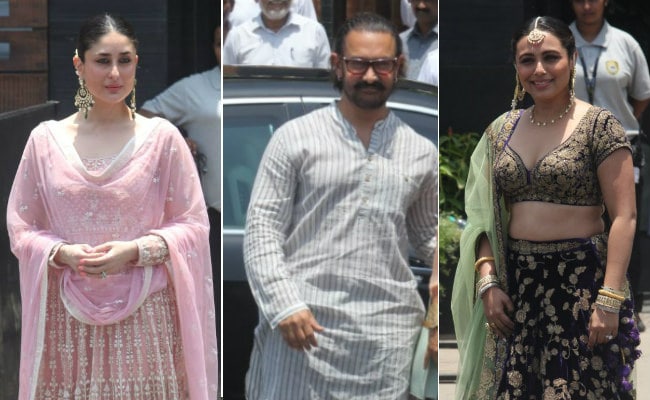 New Delhi: Actor Amitabh Bachchan, Aamir Khan, Rani Mukerji, Ranveer Singh and Sonam Kapoor's best friends from Bollywood were among the early arrivals for their veere di wedding this morning. Sonam Kapoor married Anand Ahuja in a Sikh ceremony. Actresses Kareena Kapoor, Swara Bhasker and Jacqueline Fernandez, dressed in their wedding best, were the first celebs photographed at the Bandra bungalow belonging to the bride's aunt where the wedding was held. Kareena Kapoor, who co-stars with Sonam in next month's release Veere Di Wedding, was pictured at the venue with husband Saif Ali Khan, their son Taimur and sister Karisma. Kareena looked lovely in a pale pink Anita Dongre outfit - she was reported to have been in London just days ago and appears to have flown back in time for the wedding. Karisma was easily among the best-dressed in her Sabyasachi lehenga. 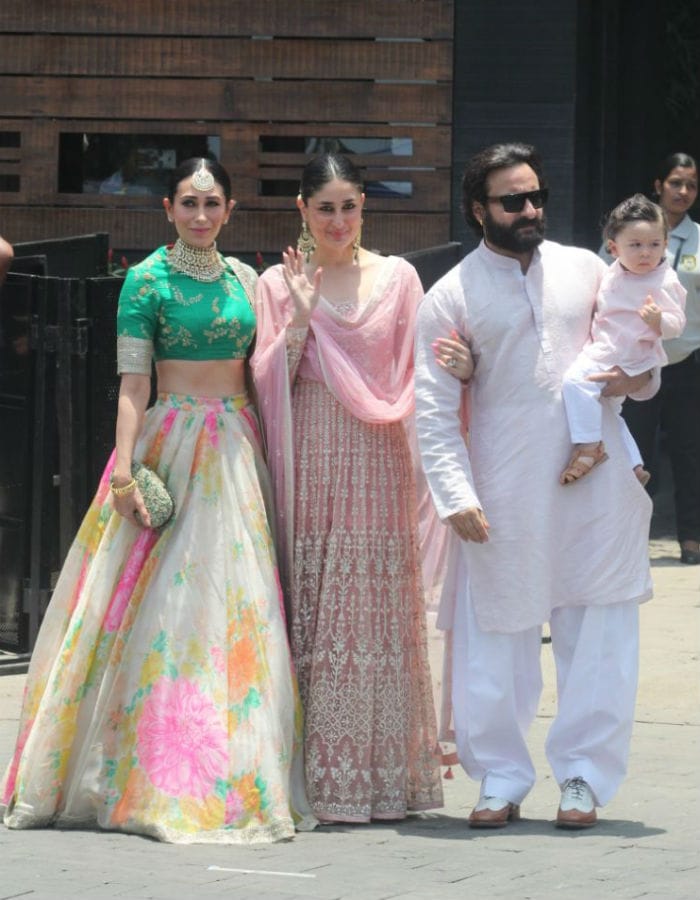 Amitabh Bachchan was pictured exiting his car - son Abhishek and daughter Shweta are also with him. 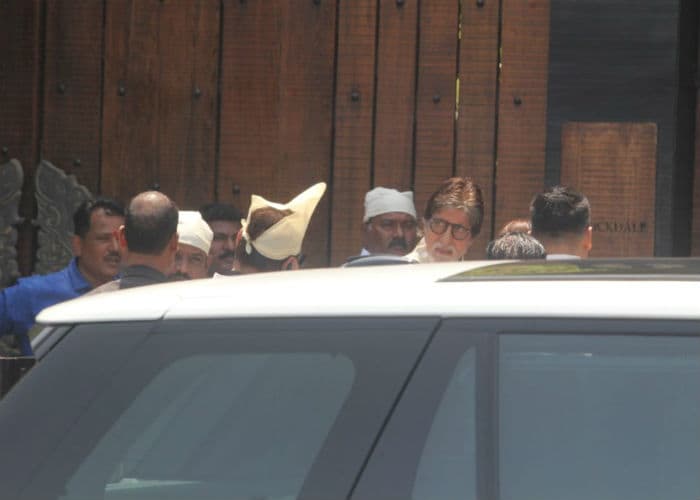 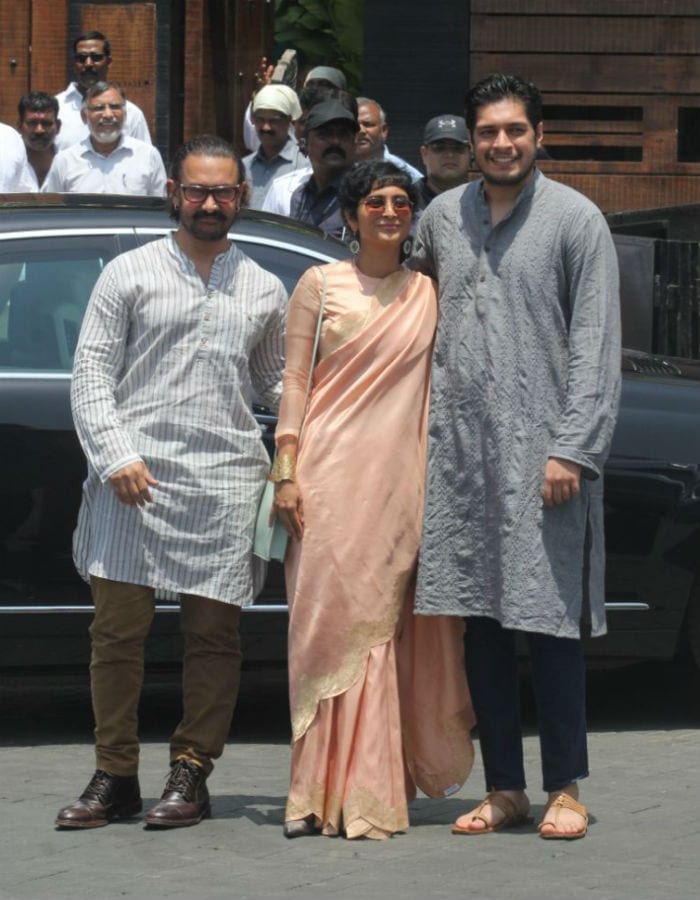 Rani Mukerji, a close friend of the Kapoors, was dressed in a Sabyasachi lehenga, in black, gold and mint green. 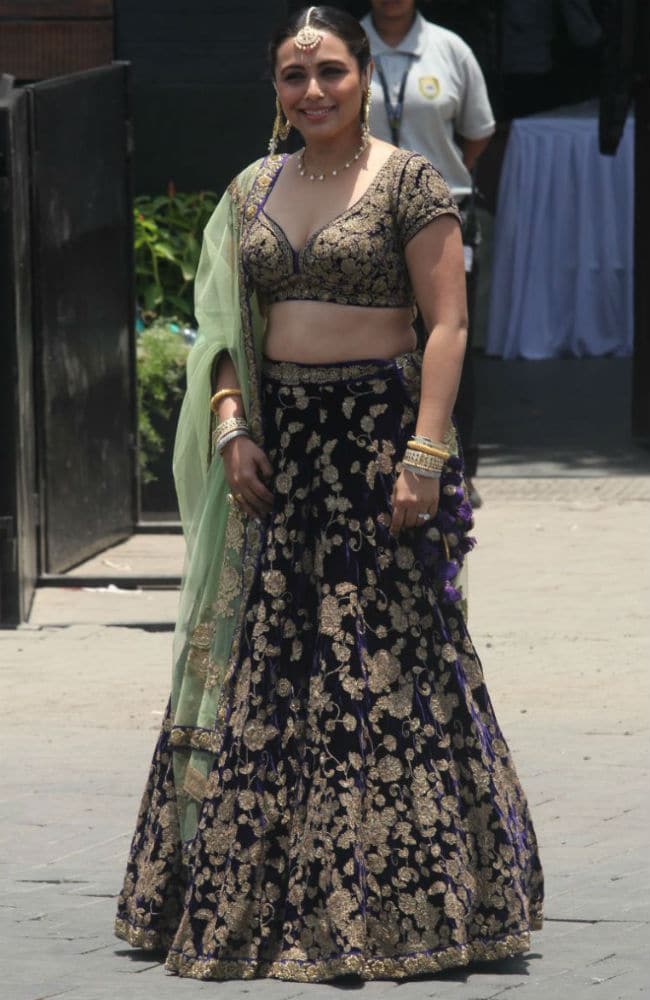 Actress Deepika Padukone is busy attending the Met Gala and the Cannes Film Festival but her rumoured boyfriend Ranveer Singh was at the wedding, dressed much more conservatively than his usual maverick style. 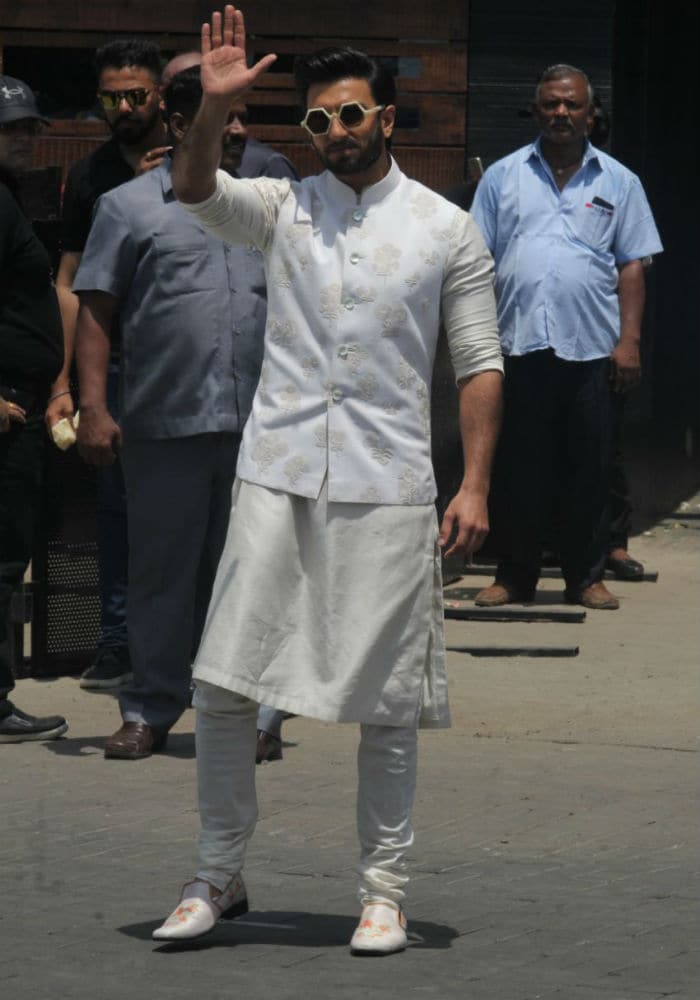 Swara, Sonam's co-star from Prem Ratan Dhan Payo and upcoming film Veere Di Wedding, wore a colourful Abu Jani-Sandeep Khosla lehenga that, in our opinion, didn't do her any favours. While she looked pretty enough, the lehenga Swara picked verged on tacky. 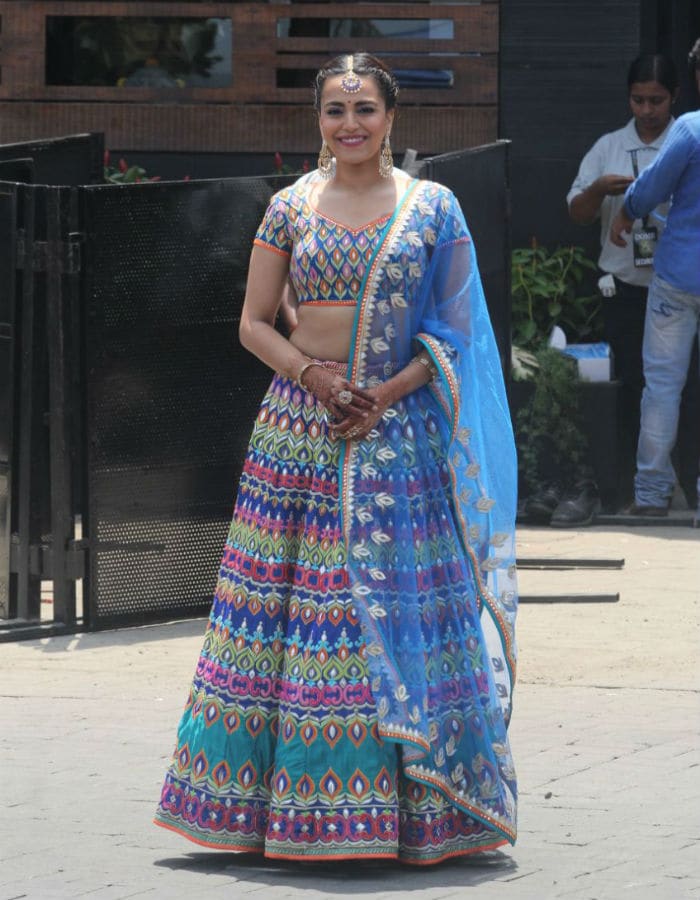 Jacqueline Fernandez, with whom Sonam Kapoor shares a close friendship, fared better in her pink and silver Anita Dongre lehenga. 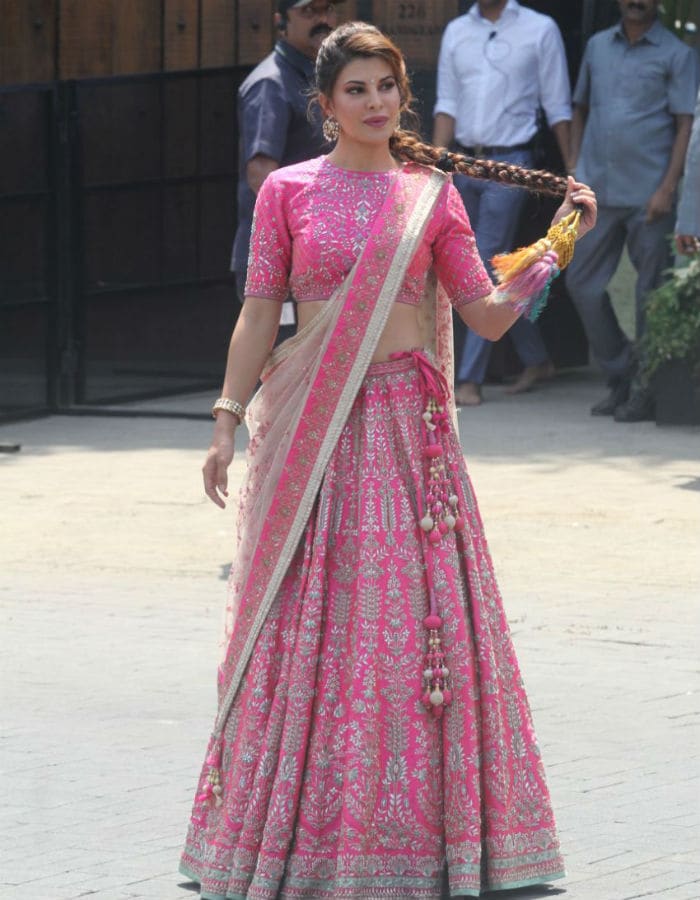 Jacqueline Fernandez was one of the first guests to arrive

Both Swara and Jacqueline were at the mehendi that was held last evening.

Promoted
Listen to the latest songs, only on JioSaavn.com
Filmmaker Karan Johar, dressed in pink, was also one of the first to arrive. 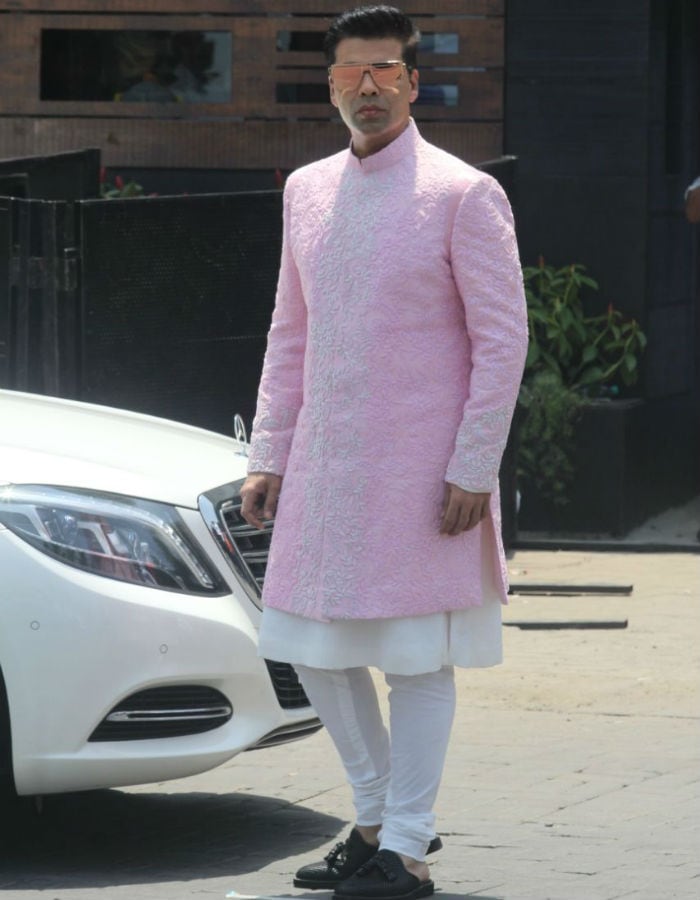 Writer Javed Akhtar and designer Masaba Gupta, with husband Madhu Mantena, were also among the invitees. 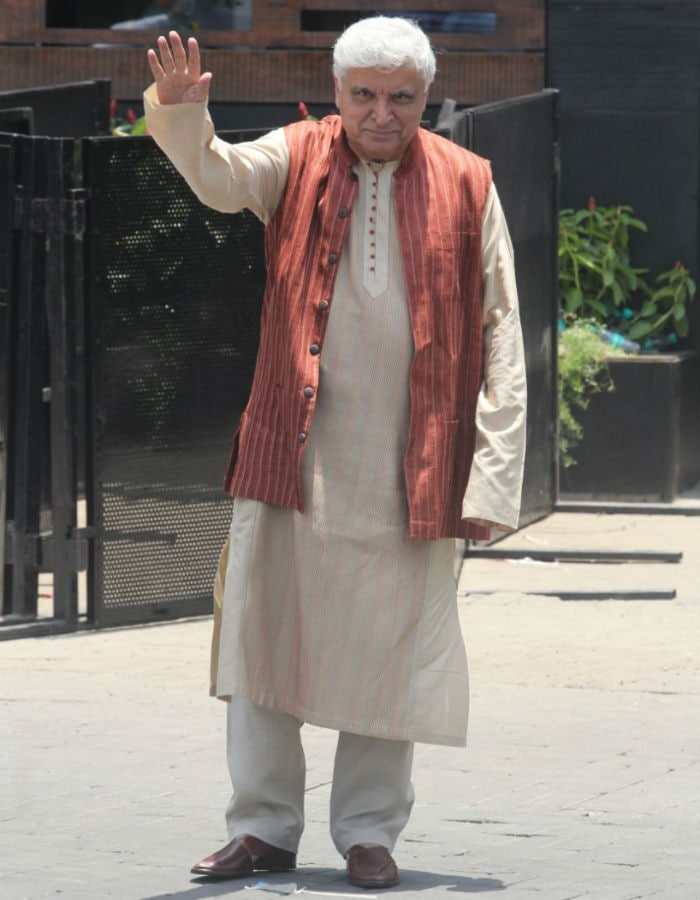 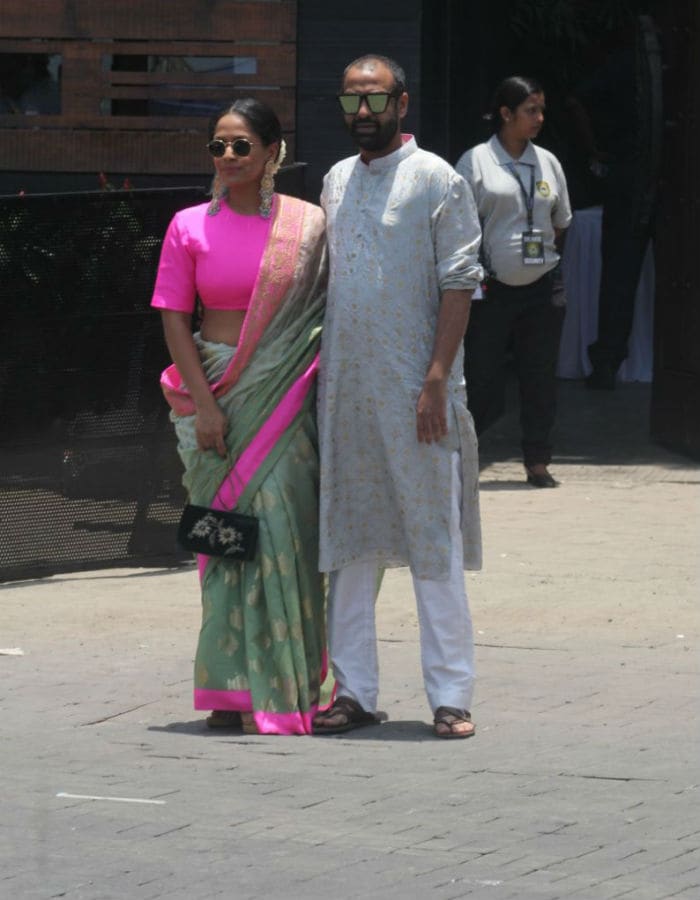 Sonam Kapoor and entrepreneur Anand Ahuja married in an anand karaj, which will be followed by a grand reception in the best Bollywood tradition this evening. Here's a picture of the bride and groom. 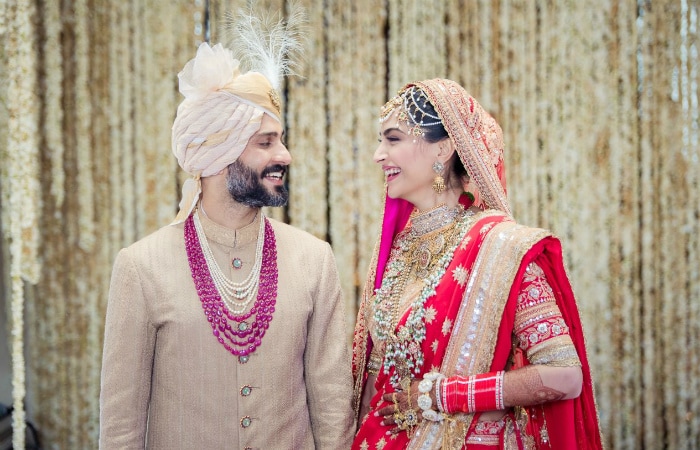 The actress is now Sonam Kapoor-Ahuja!

Sonam's father Anil Kapoor was at the wedding venue to welcome guests this morning. 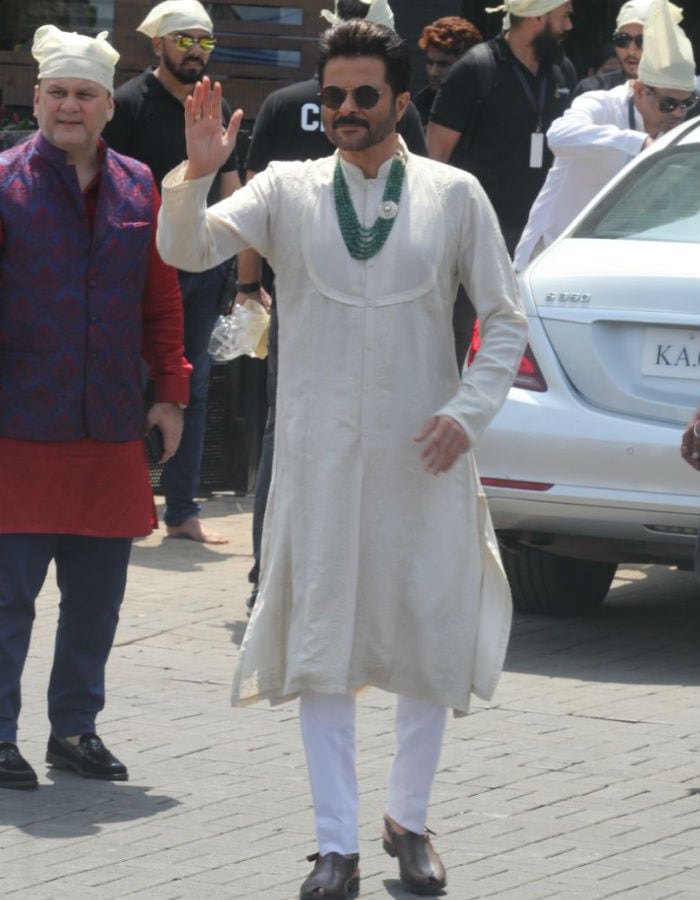 Sonam Kapoor's cousins Janhvi, Khushi, Arjun and Anshula and their father Boney Kapoor are also at the venue. 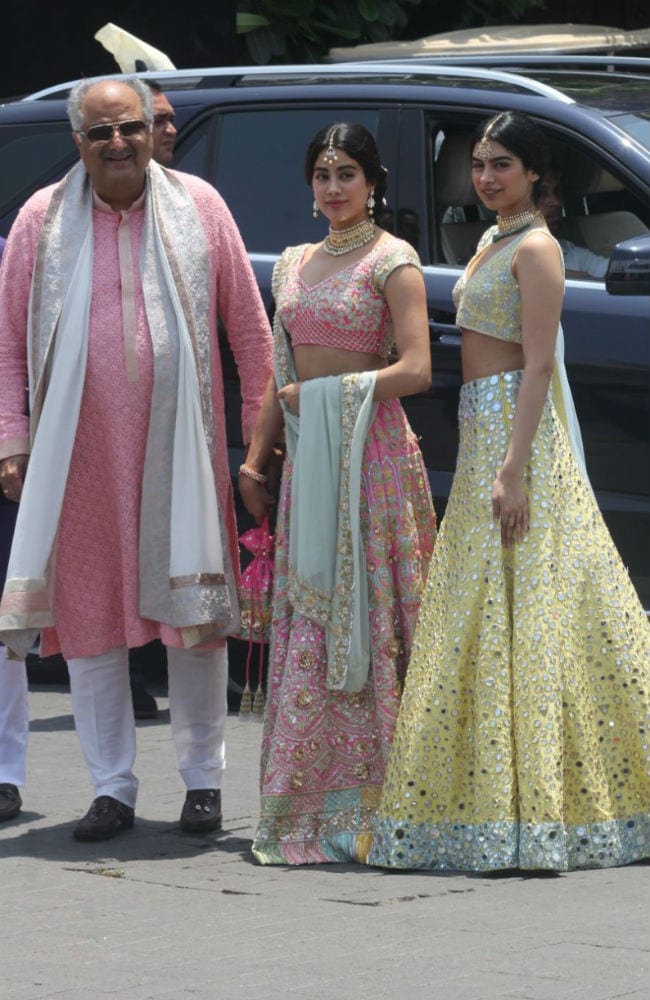 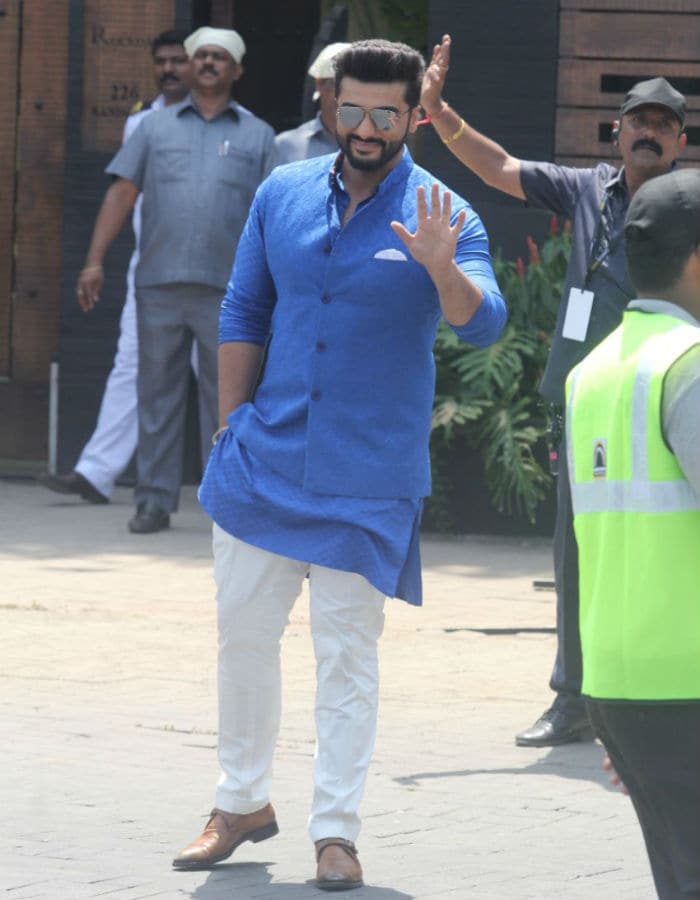 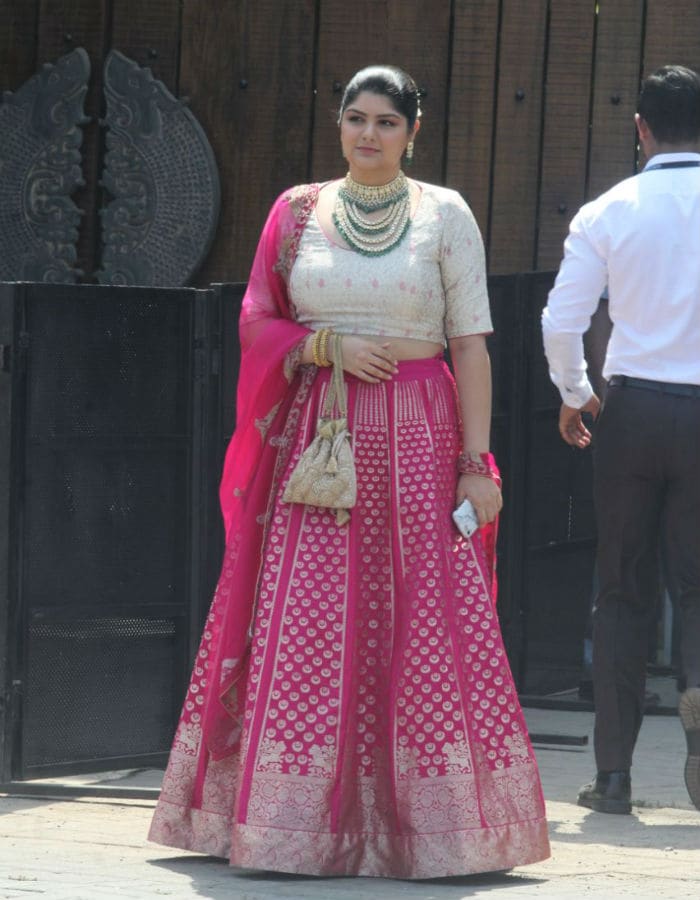 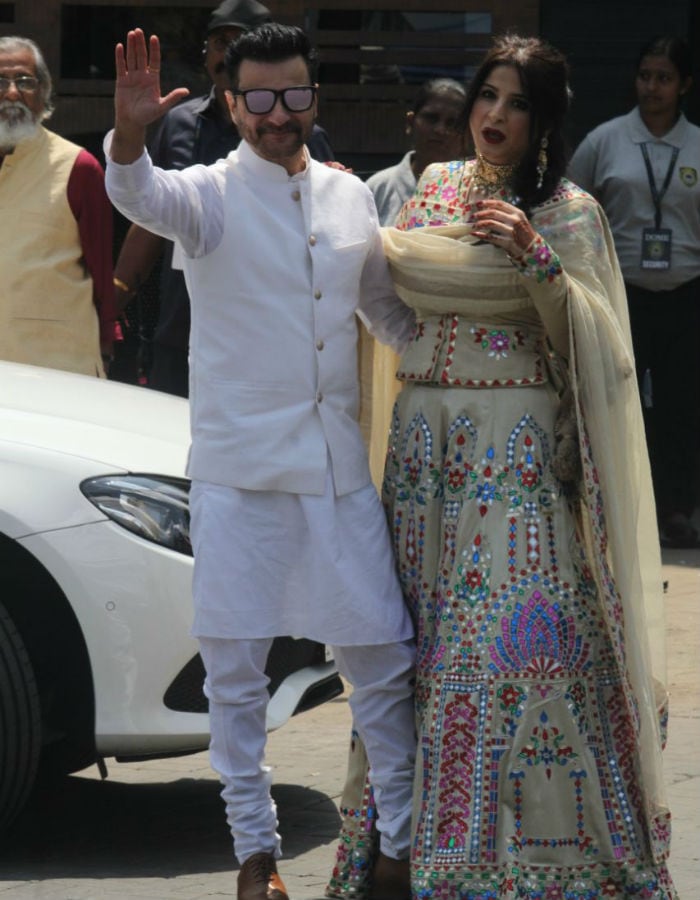 The pre-wedding functions included not one mehendi but two. The first, held on Sunday, was for family and close friends like Rani Mukerji only. Yesterday's mehendi stretched into a sangeet.