"I am glad that Koka is finally out for everyone to see," said Sonakshi 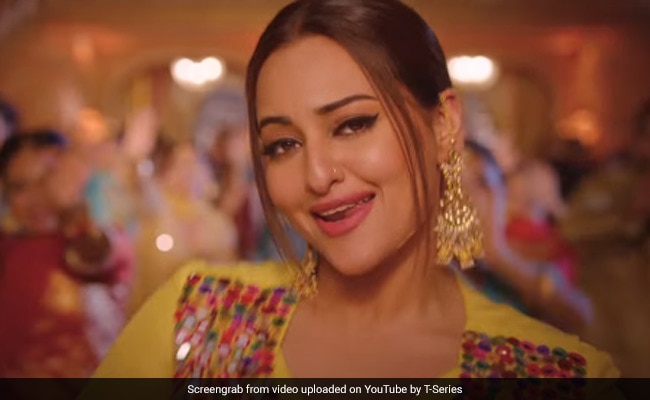 Actress Sonakshi Sinha had fun shooting for the song Koka for her film Khandaani Shafakhana and says she likes to dance on lively numbers. In the re-created version of Jasbir Jassi's Koka, Sonakshi is seen dancing with rapper Badshah, Priyansh Jora and Varun Sharma. "I have always enjoyed dancing to such high energy and lively songs. Jassi and Badshah's collaboration has resulted in an outstanding song. I am glad that Koka is finally out for everyone to see," Sonakshi said in a statement, reported news agency IANS. "Badshah is a dear friend and I have collaborated with him in the past. It was amazing and super fun working with him this time around too," she added.

Along with Jassi, Badshah is seen rapping in the song. The song has been re-composed by Tanishk Bagchi. The song is sung by Dhvani Bhanushali while the lyrics are written by Mellow D and Tanishk.

Dhvani Bhanushali said: "Koka is such a fun song and it was amazing to collaborate with Tanishk yet again and Badshah. This song is a celebration in the film and the re-created version is definitely going to be everyone's new jam."

Directed by Shilpi Dasgupta, Khandaani Shafakhana is based in Punjab. It shows the journey of Sonakshi's character as she inherits her dead uncle's sex clinic. The film is produced by Bhushan Kumar, Mahaveer Jain, Mrighdeep Singh Lamba and Divya Khosla Kumar. It is slated to release on August 2.

(Except for the headline, this story has not been edited by NDTV staff and is published from a syndicated feed.)
Comments
SONAKSHI SINHAKHANDAANI SHAFAKHANAKOKA SONG