Khandaani Shafakhana was earlier slated to release on July 26 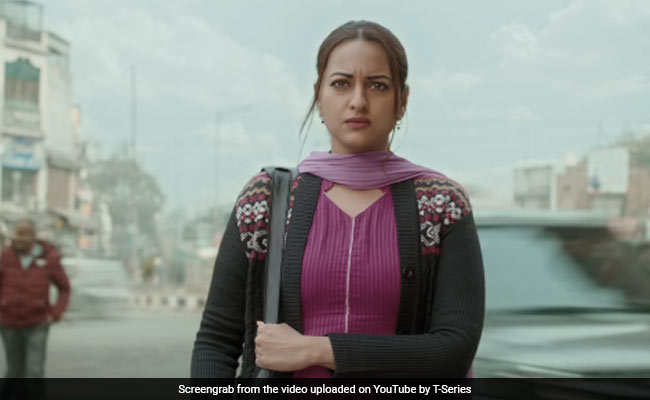 Sonakshi Sinha's upcoming film Khandaani Shafakhana gets a new release date and it will now open in theatres on August 2. The film, which was earlier scheduled to release on July 26, will now clash with Parineeti Chopra and Sidharth Malhotra's Jabariya Jodi at the box office, which is releasing on the same date. Announcing the news on her social media profiles, Sonakshi Sinha wrote: "Jann hitt mein jaari ek soochna Khandaani Shafakhana ab haqq se khulega August 2 ko!" She accompanied her post with hashtag #BaatTohKaro, which highlights the film's aim - breaking the social taboo around sexual disorders. Khandaani Shafakhana also features Varun Sharma and Badshah.

Khandaani Shafakhana is based in Punjab. It showcases the story of Babita Bedi aka Baby (played by Sonakshi), who inherits an old sex clinic from her maternal uncle and then tries to bring it back to life with the help of local rapper Gabru (played by Badshah). For the film's promotion, Sonakshi even changed her names on Twitter to Baby Bedi.

The film's trailer, which came out about a week ago, features Sonakshi highlighting the issue of sex related disorders. In case you haven't watched the trailer yet, take a look:

Shilpi Dasgupta is directing Khandaani Shafakhana while Bhushan Kumar, Mrighdeep Singh Lamba, and Mahaveer Jain are producing the film. It will clash with Jabariya Jodi. Earlier, Ekta Kapoor rescheduled the release date of Jabariya Jodi a number of times to avoid box office clashes. It was earlier supposed to hit theatres on May 17, but it was then pushed to July 12, which is the release date of Hrithik Roshan's Super 30. However, Ekta later announced August 2 as its final release date.