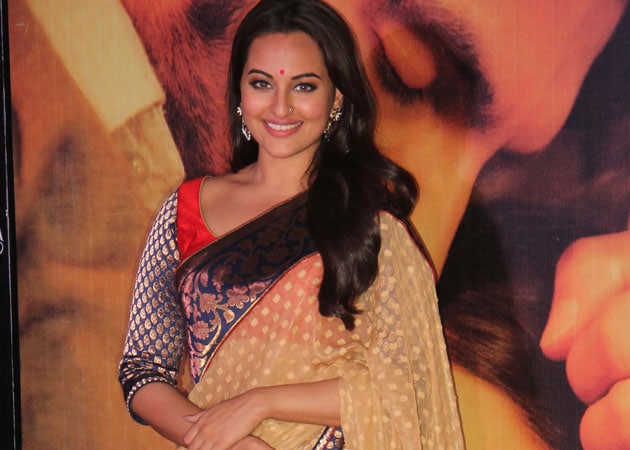 New Delhi: Actress Sonakshi Sinha, who is gearing to star in the remake of 1969's film Ittefaq confessed that she hasn't watched the film yet and therefore considers the yet-to-be-remade version as a "fresh film," reported news agency IANS."I have not seen the old Ittefaq So for me, I am doing a new film. And I am sure a lot of people from our generation have not seen the original Ittefaq either. The way film is rewritten and adapted to fit in today's scenario and time, makes it a fresh film. I am looking at it as a new film," IANS quoted Sonakshi as saying. Sonakshi Sinha co-stars with Sidharth Malhotra in Ittefaq.

Sonakshi will feature in the character of the mysterious Rekha from the 1969 original and told IANS: "I would like people to know me as a versatile actor who can perform all kinds of roles." Earlier, talking about starring in women-centric films, Sonakshi had told PTI: "We as an audience have very recently opened up to receiving a film with a female protagonist and they have just started doing really well. Filmmakers have just started making a variety of films which perhaps weren't being made earlier. There is a difference in that and there will naturally be a difference in box office number as well. Slowly and steadily it will reach a point where we all want to see it and I am glad to be a part of that change."

Directed by Yash Johar, the 1969 cult film starred Rajesh Khanna, Nanda and Madan Puri in significant roles. The remade version is being directed by Abhay Chopra, grandson of late BR Chopra, who produced the original movie.

Promoted
Listen to the latest songs, only on JioSaavn.com
Sonakshi Sinha will next be seen playing a journalist in Noor, which releases on April 21.