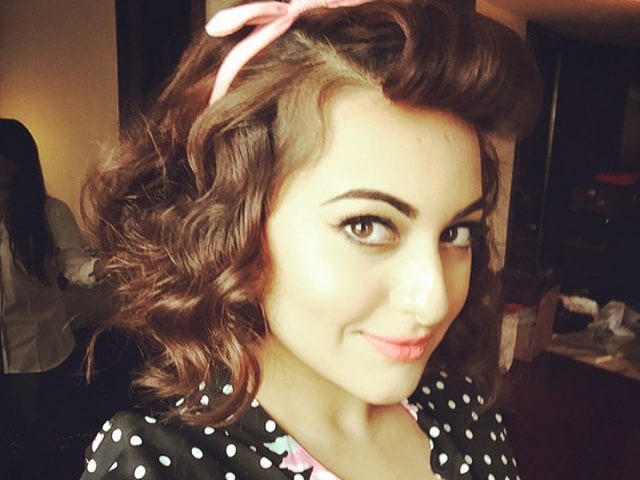 New Delhi: Actress Sonakshi Sinha is such a dubsmash-hit that everyone else can just retire now. See for evidence this latest attempt (IIFA organisers, here's what your stars do in their green rooms), in which she makes like famous TV blonde Johnny Bravo.

If you're not convinced, here's her previous work on the app that allows you to create selfie videos dubbed over film dialogues or other sounds.

The Sonakshi version of Akshay Kumar

The Sonakshi version of Sonakshi, with a twist

Caution: please do not be drinking anything while watching this video because it will surely come out of your nose #dubsmasher #shootshenanigans #dialoguebaazi #crazy #mad #fun #funny #laughriot

The Sonakshi version of her dad Shatrughan Sinha from Mere Apne

Found one of dads dialogues this is too cool!!!!! A #dubsmash a day, keeps the boredom away... And you entertained #badass #shotgun #mereapne #chhenu #dialoguebaazi #crazy #fun

The Sonakshi version of Tyler Durden from Fight Club

And the Sonakshi version of 'Arjun' (from Karan Arjun), with some help from Salman, the original Karan.

Everyone else can really just go home now.