Chunky Panday was 'sure' Ananya 'would make it' after watching the film's trial show. 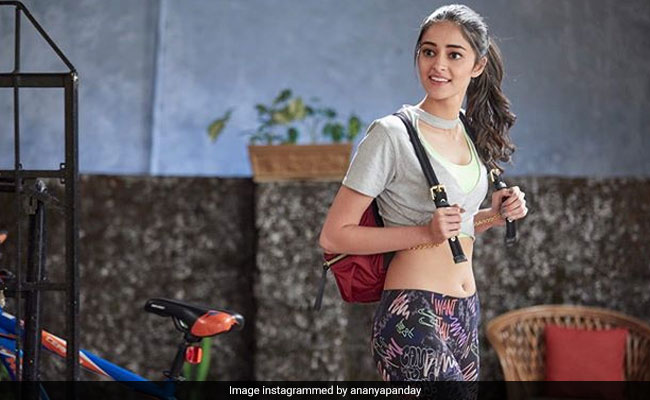 Ananya Panday in Student Of The Year 2. (Image courtesy: ananyapanday)

Actor Chunky Panday says his daughter Ananya, who made her Bollywood debut earlier this year with Student Of The Year 2, used to come home 'depressed' when she was filming, reported Mumbai Mirror. Chunky Panday also told Mumbai Mirror that after watching the film's trial show, he was sure Ananya 'would make it.' He was quoted as saying, "I'd see her return home depressed sometimes but I let her be. When I saw the film's trial show, I was sure she would make it." On Wednesday, Ananya Panday announced her third film on social media, which is titled Khaali Peeli, in which she co-stars with Ishaan Khatter. Before the release of Student Of The Year 2, Ananya had signed up for Pati Patni Aur Woh remake, co-starring Kartik Aaryan and Bhumi Pednekar.

Meanwhile, speaking about Ananya, Chunky Panday also said that his daughter is quite unlike him. He explained, "I was wild; my daughter is nothing compared to me. I had a lot of wrong pressures on me. Being the son of two doctors, I was expected to become one too."

Earlier this year, Ananya Panday revealed in an interview that she skipped college for films. The one-film-old actress said that though she got into the University of Southern California, she decided to take up films. After Ananya's interview went viral, some of her alleged classmates claimed that she lied about getting into the college.

At that time, Chunky Panday told IANS, "Yes, she got into two universities, but did not go because she got the film... I don't think she will be going to the university now. She will be working in Bollywood now."

Comments
ananya pandaystudent of the year 2