Ananya Panday, who was busy shooting in Lucknow, promised that Pati Patni Aur Woh will be a laugh riot 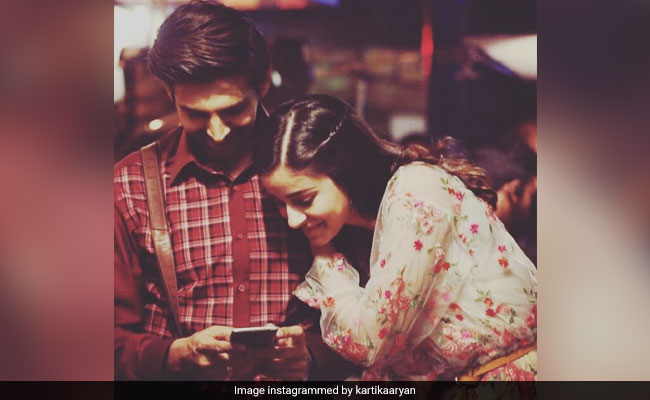 Ananya Panday, who once said on Koffee With Karan that she thinks Kartik Aaryan is "damn cute", shared her experience of working with the Pyaar Ka Punchnama actor. Ananya Panday, who co-stars with Kartik Aaryan in Pati Patni Aur Woh, told news agency IANS in an interview that Kartik is always making everyone laugh on the film's sets: "He is really funny and always makes us laugh on the film's set." Kartik and Ananya co-star with Bhumi Pednekar in Pati Patni Aur Woh, which is a remake of 1978 film of the same name, starring Sanjeev Kumar, Vidya Sinha and Ranjeeta Kaur.

Ananya Panday, who was busy shooting in Lucknow, promised that Pati Patni Aur Woh will be a laugh riot: "I am very excited for this film. I came back from Lucknow yesterday after finishing shooting. I will again head to Lucknow next week. It's really a funny movie which the audience will enjoy watching."

Pati Patni Aur Woh is Ananya Panday's second film - she made her Bollywood debut with Tiger Shroff in Student Of The Year 2, also starring Tara Sutaria. Earlier this year, Ananya told Karan Johar on his talk show that she would love to go on a coffee date with Kartik. Reminded by Karan Johar that Sara Ali Khan has already booked a date with Kartik, Ananya said: "So, I wanna go on that date when Sara and him are going. That'll be fun." Meanwhile, Kartik Aaryan also co-stars with Sara Ali Khan in Imtiaz Ali's Love Aaj Kal 2.

After Long Drive, Its Camping Time For Pulkit Samrat And Kriti Kharbanda