Lata Mangeshkar was hospitalized after complaining of breathing difficulty

Lata Mangeshkar was hospitalized on Monday.

Music legend Lata Mangeshkar, 90, who was taken to the Intensive Care Unit of Mumbai's Breach Candy Hospital early Monday morning, is on "a path of recovery." Lata Mangeshkar's family said on Monday evening, "Lata didi suffered from a viral chest infection. Presently, she is on a path of recovery. We could have treated her at home But we decided to get her to hospital. It's close to our home plus treatment is thorough." Ms Mangeshkar was hospitalized after complaining of breathing difficulty. "She was brought to hospital at 2 am. She is in ICU," hospital sources told PTI. Ms Mangeshkar was visited in hospital by her sister Asha Bhonsle later in the day. 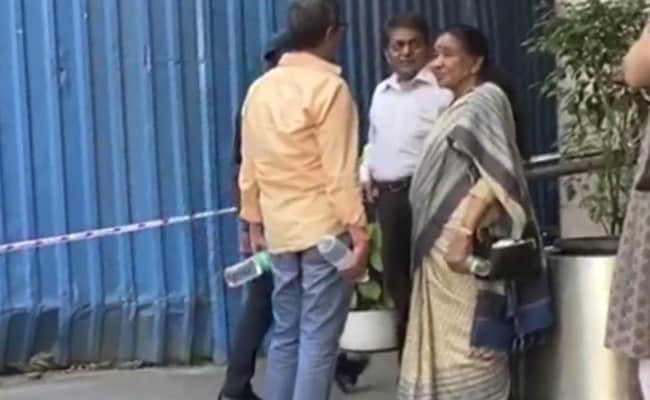 Lata Mangeshkar, a recipient of the Bharat Ratna, Padma Vibhushan, Padma Bhushan and Dadasaheb Phalke Awards, is an icon of Indian cinema, having sung playback for an extensive list of Hindi films; she has also sung in several regional languages including Marathi and Bengali. Ms Mangeshkar, who belongs to a prominent musical family, has also composed music as well as produced a handful of films.

Among Lata Mangeshkar's most iconic songs is the patriotic composition Aye Mere Watan Ke Logo; the song, commemorating Indian soldiers who died in the 1962 war with China, was performed on Republic Day in 1963 at the National Stadium in New Delhi. Lata Mangeshkar sang it live in the presence of President S Radhakrishnan and Prime Minister Jawaharlal Nehru.

Lata Mangeshkar has composed music for a handful of Marathi films, winning the Maharashtra State Government's award for Best Music Director in 1965 for the film Sadhi Manase. She has also produced some films, among them 1990's Lekin, for which she also sang.