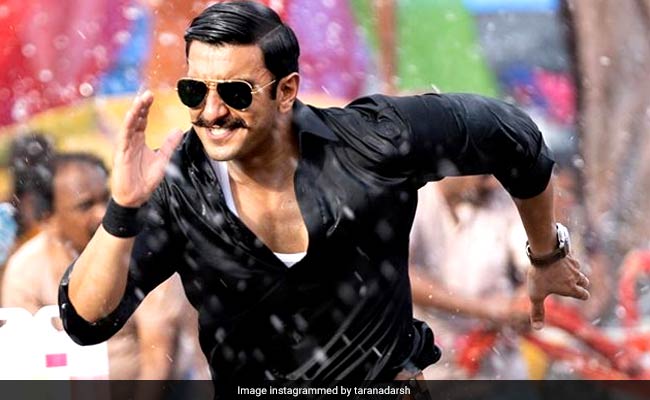 According to a Box Office India report, Simmba will surpass the lifetime collection of Rohit Shetty's Golmaal Again (Rs 205.69 crore) today (Day 13). "The film will cross the biggest Rohit Shetty films over the next two days with Golmaal Again being crossed on today (Wednesday) and Chennai Express on Thursday. There are two Hindi films for competition this week and though neither look big openers they will take screens space from Simmba at multiplexes," the report stated. Simmba is Ranveer Singh's second film to surpass the Rs 200 crore mark.

Ranveer Singh, who has been receiving overwhelming response after the release of Simmba, in an interview to news agency IANS had said he owes all of it to the filmmaker Rohit Shetty."I had never done this kind of out and out masala entertainer -- a kind of movie I had always wanted to do. I'm extremely grateful to the audience for the love they have showered on my performance and on the film. It is encouraging and truly humbling. It has been an absolutely incredible year for me, and the success of Simmba makes it an ideal way to end the year -- on a huge, huge high."