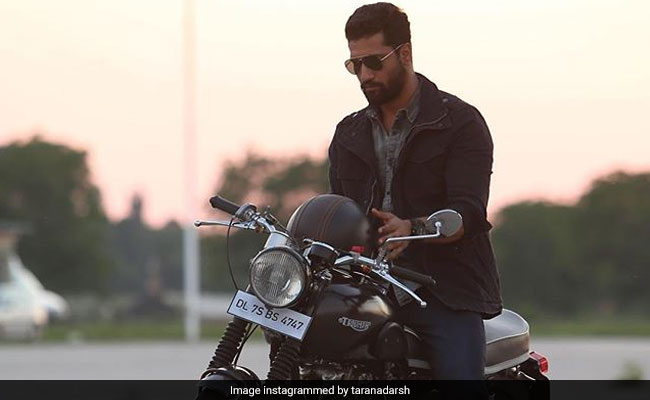 Uri: The Surgical Strike, which was the first big release of 2019, has crossed the lifetime business of 2018's third-highest earning film - Simmba. Trade analyst Taran Adarsh tweeted that Uri, starring Vicky Kaushal, collected Rs 240.38 crore as of Monday and it may cross the Rs 250 crore-mark this week. "Uri: The Surgical Strike continues its incredible run... business on eighth Monday (Mahashivratri) is higher than eighth Friday... Crosses lifetime business of Simmba... Eyes Rs 250 crore," he tweeted. Simmba, with Rs 240.31 crore, was the third-highest earning film of 2018 after "Padmaavat" (Rs 302.15) and Sanju (Rs 342.53).

Uri: The Surgical Strike, directed by Aditya Dhar, is going strong on the ticket window even after the release of films like Manikarnika: The Queen Of Jhansi, Gully Boy, Total Dhamaal and Luka Chuppi - all of which are box office favourites.

Uri is based on the surgical strikes carried out by the Indian army in 2016 after the Uri terror attack. Vicky Kaushal played the role of the officer in charge of the surgical strikes. Speaking about the film's success, Vicky Kaushal told news agency IANS: "It feels good when you get so much love and appreciation from audience. You can say to yourself that now you can't take anything for granted."