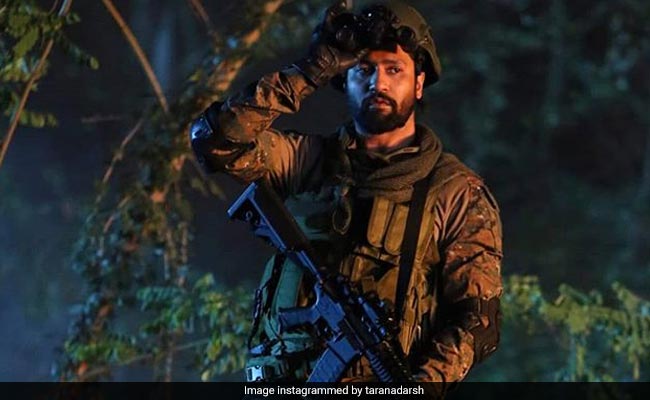 Vicky Kaushal in a still from Uri (Image courtesy Instagram)

Uri is based on the surgical strikes carried out by the Indian Army in Pakistan following the 2016 terror attacks in Uri base camp. Apart from Vicky Kaushal, the film also stars Yami Gautam, Kirti Kulhari, Paresh Rawal and Mohit Raina.

Uri is set to face a tough competition from Ranveer Singh and Alia Bhatt's Gully Boy which hits the screens this Thursday. It will be interesting to see if Uri continues its winning streak even after Gully Boy release.