Simmba: A Glimpse Of Just How Much Action You Can Expect From Ranveer Singh's Film 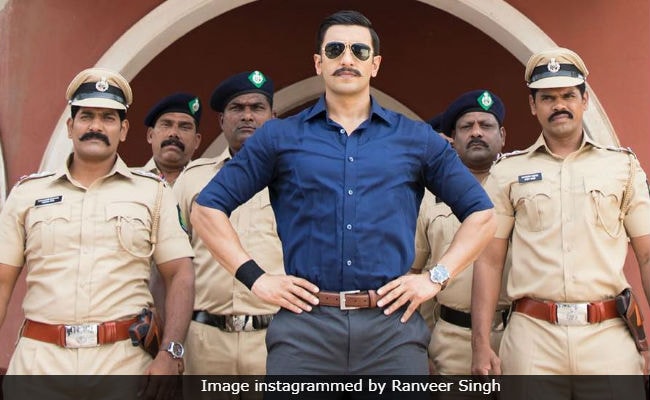 Action and Rohit Shetty is a match made in heaven, a behind-the-scenes video from upcoming film Simmba proves that. "Baap of action...back in action," Simmba main man Ranveer Singh captioned the video, which shows the making of a few stunt based scenes from the film, which will open in theatres on December 28. Some parts of the video - the dingy warehouses, high-flying car and an unbeatable hero - may remind you of Rohit Shetty's Singham series, starring Ajay Devgn in lead role. Nonetheless, the action saga appears to be worth the watch.

Speaking about the film and the filmmaker, Ranveer Singh earlier told IANS: "Simmba is a full blown masala film. It's an entertainer. I believe masala films are the holy grail of mainstream Hindi films. In terms of genre, it is the king of all genres."

"I am very lucky and I am very blessed that I am under the guidance of the king of the genre. Rohit Shetty is the gold standard in the masala film genre. I am making a foray into this genre in his film so it could not get any better. It's highly entertaining," he added.

Ranveer Singh, who is all set to marry actress Deepika Padukone come November, has an interesting line-up of films up his sleeve. Apart from Simmba, Ranveer Singh will be seen in Zoya Akhtar's Gully Boy and Kabir Khan's '83. He has also signed up for Karan Johar's Takht, co-starring Kareena Kapoor and Alia Bhatt.