Simmba: Ranveer Singh On Why There Was Pressure While Filming

"I did feel a slight pressure to deliver but that was just me wanting to ace my first film as a masala hero with Rohit," said Ranveer Singh 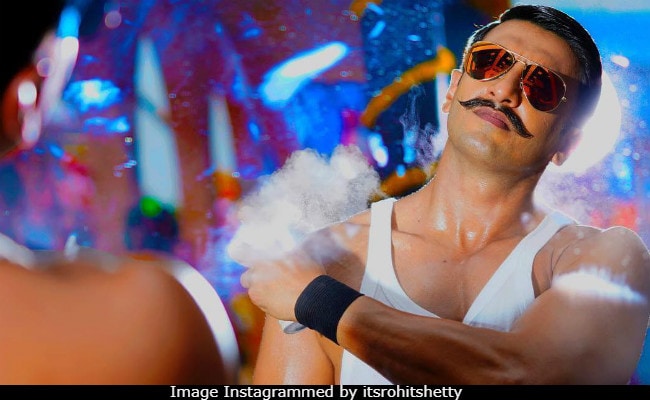 Ranveer Singh on the sets of Simmba (courtesy itsrohitshetty)

"Rohit Shetty ka hero" Ranveer Singh will be seen as the feisty cop Sangram Bhalerao in Simmba said he had a wonderful time during the film's shoot but also admitted to feeling a sense of pressure, reported news agency PTI. "It was a blast working with Rohit and the rest of the cast. I did feel a slight pressure to deliver but that was just me wanting to ace my first film as a masala hero with Rohit," Ranveer told PTI recently. Ranveer, who has featured in both suave and flamboyant roles, may be starring in his first "masala film", like he said, but he sure did have a blast! "This movie has a lot of all genres. The adrenaline is what I live for and hence shooting for this was a blast," PTI quoted him as saying.

Ranveer Singh co-stars with Sara Ali Khan in Simmba. Talking about the film, Ranveer revealed why it was "challenging" for him: "Simmba is the type of film I loved as a kid. The masala film is something that attracted me to become an actor in the first place. Getting a chance to work with Rohit Shetty who is the king of masala movies is a huge deal for me. I find it very challenging. You have to perform so many things - there is comedy, action, drama- everything together."

Ranveer Singh, who featured as a conman in Ladies vs Ricky Bahl, a thief in Lootera, the menacing ruler Alauddin Khilji in "Padmaavat", a confused businessman aspiring to be a pilot in Dil Dhadakne Do and a free-willed lover in Befikre, explained why his resume includes such a variety of roles. "It's always been a conscious choice for me to be a versatile actor. Growing up, I used to always admire actors who had that chameleon quality and who could transform themselves into anyone and any kind of genre. Those are the type of actors I aspire to be and hence I always ensure all roles that I choose are starkly different from each other," he told PTI.

However, Ranveer Singh thinks comedy is the toughest genre as an actor: "Comedy is the hardest as you need to nail it with every dialogue delivery. I don't have any expectations for December but I'm just enjoying the process. It's very enriching and I'm trying to absorb all of it. It's exciting to see the audience anticipation though."