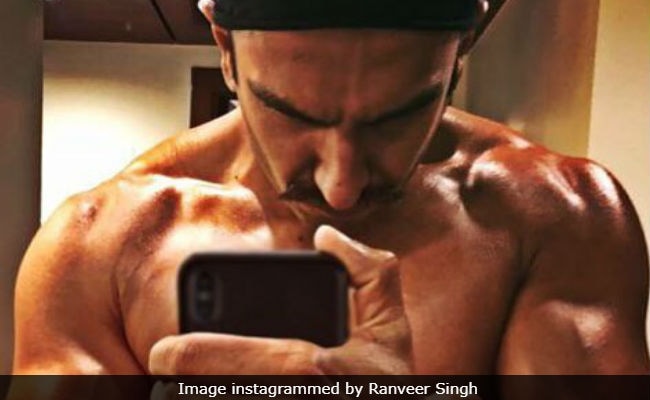 Ranverr Singh's latest Instagram post is driving the Internet insane. Ranveer Singh, 32, flexed his muscle for the camera and shared the picture with his 14 million Instagram users. Ranveer's 'Monday Motivation' (it's never too late, isn't it?) post is sending the Internet into a meltdown with over 6 lakh likes in an hour. In the comments section, Instagram users complimented Ranveer for the hard work he has put into making his sculpted biceps and well-chislled abs. "Fitness goals," declared a few Instagram users while some simply cannot stop drooling over Ranveer's photo. Among the many who commented on Ranveer's photo was... drum roll... filmmaker Zoya Akhtar. "Behave!," she wrote.

Like most of you, we're also waiting for Deepika Padukone's response on Ranveer's terrific picture - after all their Insta-PDA is the talk of the town.

Ranveer Singh's picture may be from the sets of his work-in-progress film Simmba, in which he plays the role of a cop. The Rohit Shetty-directed film is only one of the many promising projects Ranveer Singh has in the pipeline.

Simmba releases in December this year and then in February, Ranveer Singh will be seen in Zoya's Gully Boy opposite Alia Bhatt. Ranveer will also soon start filming Kabir Khan's '83, in which he plays the role of Kapil Dev. "It is a film based on the most glorious chapter in India's sporting history - the Cricket World Cup," Ranveer Singh told news agency IANS.