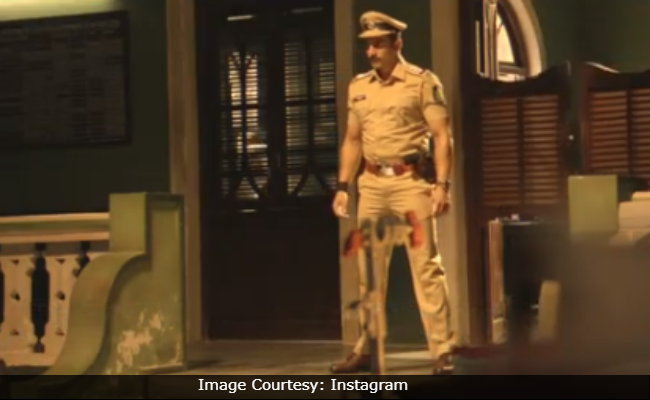 Ranveer Singh in a still from the video. (Image courtesy:

Ranveer Singh, who plays the titular role in Rohit Shetty's Simmba shared a sneak peek into the "power of Simba" with a special video on Independence Day. It is a behind-the scenes video from the sets of the film. Ranveer, who plays the role of a righteous cop named Sangram Bhaleroa, can be seen showcasing some high-octane action moves. The 40-second-video clip delivers a strong message about crime against women. The teaser begins with a message that reads, "If you don't fight crime against women, the next victim could be from your family." The video has over 9 lakh likes on Instagram and we are not surprised at all

Ranveer shared the video along with the caption: "A sneak peek into the power of Simmba... Releasing December 28." Check out the video here:

Simmba is a Hindi remake of the Telugu film Temper. The film went on floors in Hyderabad in June this year. The film has been produced by Karan Johar's Dharma Productions and it also features Saif Ali Khan and Amrita Singh's daughter Sara Ali Khan. Simmba trended big time after pictures from the sets of the film were documented by Dharma Productions on the social media.

Ranveer Singh was last seen in Sanjay Leela Bhansali's "Padmaavat" alongside Deepika Padukone and Shahid Kapoor. Apart from Simmba, Ranveer Singh also has Zoya Akhtar's Gully Boy, opposite Alia Bhatt and Kabir Khan's 83', in which he will be seen playing the role of legendary cricketer Kapil Dev, in the pipeline.