Shweta Tiwari's Daughter Palak Tiwari In And As Rosie In Her Big Debut. Courtesy, Vivek Oberoi

"Super excited to share the news of my debut in and as Rosie! And here's my first poster!" wrote Palak Tiwari 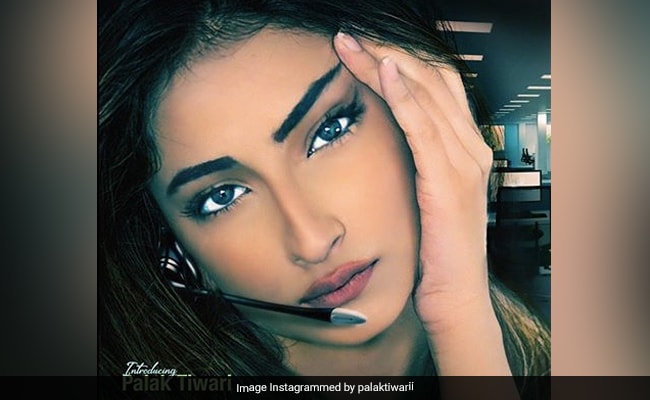 Palak Tiwari on the poster of Rosie (courtesy palaktiwarii)

TV star Shweta Tiwari's daughter Palak Tiwari is the first newbie that Vivek Oberoi will be launching in the film industry with his upcoming horror-thriller franchise. The actor turned producer introduced Palak Tiwari's first look as the titular Rosie from his production venture Rosie: The Safforn Chapter on Wednesday: "And here's our mystery girl... glad to launch Palak Tiwari in and as Rosie. Our horror-thriller franchise is based on true events in Gurugram." The franchise will be directed by Visal Misra and co-produced by Oberoi Mega Entertainment and Mandiraa Entertainment in association with Prerna V Arora.

Palak Tiwari, who couldn't contain her excitement, thanked Vivek Oberoi for launching her: "Super excited to share the news of my debut in and as Rosie! And here's my first poster! Thank you, Prerna V Arora, Vivek Oberoi for the opportunity and Visal Misra for the guidance."

Earlier this month, Vivek Oberoi announced that he will be launching new talent with his horror-thriller franchise and that he has begun a talent hunt for the project. "Always tried to support talent so launching something close to my heart! With a talent hunt for Rosie, me and Mandiraa Entertainment promise to cast new talent unbiasedly to play a prominent role, alongside lead actors. Our small effort to make a big difference," Vivek Oberoi wrote in his announcement post.

Vivek Oberoi, who had earlier announced a new film Iti, cast actors such as Rajeev Sen and Taher Shabbir in the film, also starring himself.

Palak Tiwari, who has huge fan following on social media, often features on mom Shweta Tiwari's posts. She featured in headlines for her spectacular red carpet appearance at an award show in 2017, when she joined her mother on the red carpet. Palak Tiwari was to make her Bollywood debut with a film with Taare Zameen Par actor Darsheel Safari. In 2018, Palak Tiwari retracted from the project which could have been her acting debut because of her board exams.