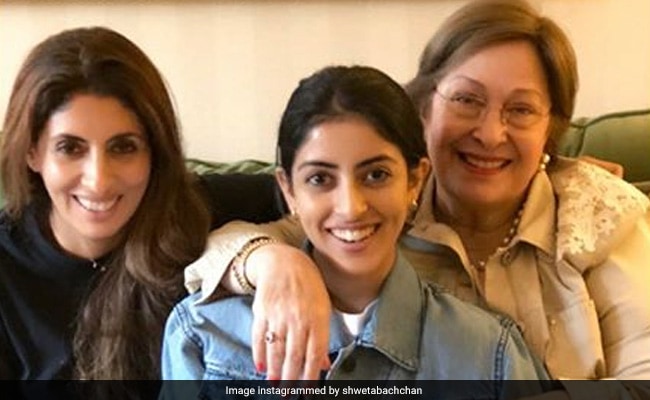 A few days after her mother-in-law Ritu Nanda's death, Shweta Bachchan Nanda shared a heartfelt eulogy post on her Instagram profile on Sunday morning. The 45-year-old shared a throwback picture of herself along with her late mother-in-law, and her daughter Navya Naveli Nanda, in which the trio could be seen smiling with all their hearts. Shweta captioned the post: "Will miss you dearly." Several Bollywood celebrities such as Zoya Akhtar, Angad Bedi and Maheep Kapoor paid tribute to Ritu Nanda in the comments section on Shweta's post. Ritu Nanda, 71, the daughter of legendary actor Raj Kapoor and Krishna Raj Kapoor, was reportedly battling cancer for seven years. She died on Tuesday.

Will miss you dearly