After Ritu Nanda's Death, Amitabh Bachchan Writes About 'That Silent Knock At The Workplace'

"An ideal in-law, an ideal mother-in-law, and an ideal friend has left us for good in a distance we cannot cover... for now," wrote Amitabh Bachchan 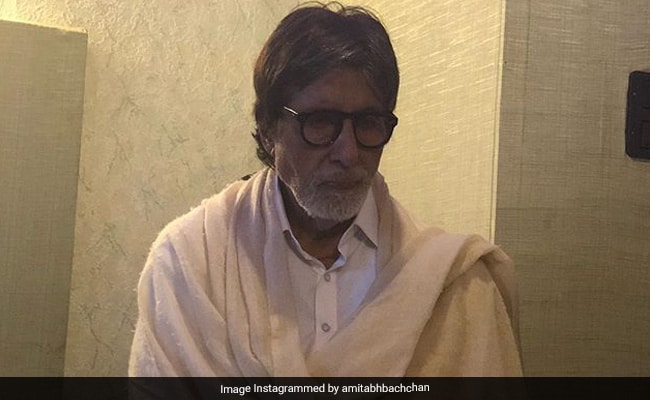 Amitabh Bachchan, who visited the Nandas after the death of Ritu Nanda in New Delhi on Tuesday, wrote a lengthy post on his official blog later in the night, remembering the happenings of the day that went by. Shweta Bachchan Nanda's mother-in-law Ritu Nanda, Raj Kapoor's elder daughter, was reportedly battling cancer for seven years. She was 71. Big B, who previously shared a brief note about Ritu Nanda's death, wrote in his new post about how the news made its way to him: "That silent knock at the work place... the hurried expression of worried concern... the hours that sleep in most parts of the world that seek the midnight... shuffled steps, soft anxious and disturbed conversations... and then within a blink... the lights go out... she has gone."

"Distance and absence accentuates the grief... feel of loss, concern for those by the side, and the need to be in the embrace of them that see and suffer in the exact... such are the incomprehensible moments that the day in the day of lives throws at us," Amitabh Bachchan added in his post. Amitabh Bachchan flew out of Mumbai yesterday afternoon along with Aishwarya Rai Bachchan to be by the Nandas' side in the national capital. Big B, who also wrote about "rushed compilation of travel and grief in a relentless combination", was spotted exiting his car and entering Mumbai's Kalina airport in a rush.

Mr Bachchan rounded off his post by fondly remembering Ritu Nanda in these words: "An ideal daughter, an ideal sister, an ideal wife, an ideal mother, an ideal in-law, an ideal mother-in-law, and an ideal friend has left us for good in a distance we cannot cover... for now!" Ritu Nanda, the sister of Rishi, Randhir, Rajiv and Rima Kapoor, was married to industrialist Rajan Nanda. They have a daughter, Nitasha, and a son, Nikhil, who married Amitabh Bachchan's daughter Shweta Bachchan Nanda in 1997. Ritu Nanda was the grandmother of Shweta and Nikhil's children Navya Naveli and Agastya.

Here's what Amitabh Bachchan had written on Tuesday morning: "My 'samdhan' Ritu Nanda, Shweta's mother-in-law, passed away suddenly at 1.15 am... cannot communicate... travelling."