To fit into the role, Shraddha Kapoor had quite a job on her hand. She had to play both a young and an aging Haseena Parkar 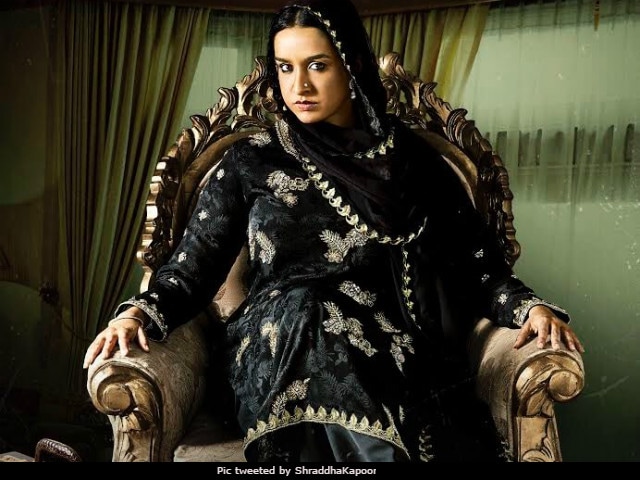 New Delhi: Shraddha Kapoor's character in and as Haseena Parkar has got a lot of appreciation since the first trailer of the film came out. The actor, who looks convincing in the role of underworld don Dawood Ibrahim's sister Haseena, spoke about her experience at the song launch of the film. "When I heard the story I was taken aback because it's a true story and this lady had gone through a lot and experienced a lot in her life, that's what moved me. What's interesting is that the director shows all the perspectives. He has researched from her family members and even the police. So people will get to see everyone's point of view in the film," Shraddha said.

To fit into the role, Shraddha Kapoor had quite a job on her hand. She had to play both a young and an ageing Haseena Parkar. The film shows how Haseena became the queen of the underworld after her brother Dawood Ibrahim left Mumbai, "I gained 7 to 8 kilos because we had to show the change in her character over the years. For that, we also took help of silicone prosthetics in my mouth. It was an experience for me because once you are fully ready for the shot; you start feeling the weight psychologically. You walk like the character...you feel different," Shraddha said.

Promoted
Listen to the latest songs, only on JioSaavn.com
Haseena Parkar also stars Shraddha's brother Siddhanth Kapoor who plays the role of Dawood Ibrahim in the film. Though actors like Rishi Kapoor, Ajay Devgn, Akshay Kumar and Sonu Sood have played the role of the underworld don in the past, Siddhanth explained how this one is different, "The character of Dawood in this film evolves from 18 years to 40 years. No one has seen an 18-year-old Dawood, so we had that liberty to play around with the look. Everyone else has played Dawood after 35 years of age."