How Shraddha Kapoor Got Under The Skin Of Haseena Parkar

Shraddha Kapoor is all set to play Haseena Parkar. Of her role Haseena Parkar, she said, "it is important I look like her and so we tried out many things" 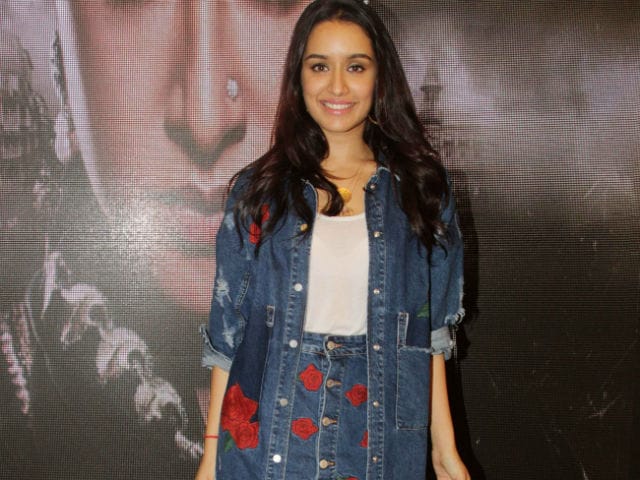 Shraddha Kapoor at the song launch of Haseena Parkar

New Delhi: Actress Shraddha Kapoor is all set to play Haseena Parkar, sister of underworld don Dawood Ibrahim, in her forthcoming film, titled, Haseena Parkar. Of her role in the film, Shraddha told news agency PTI, "Director Apoorva Lakhia said to get into the skin of the character, it is important I look like her and so we tried out many things. I hope everyone enjoys when they see the film." Shraddha, 30, was speaking at the launch of the film's new song Tere Bina. "Apoorva has done lot of research on the film and it's unbelievable. It's a process and every single day we used to discuss how Haseena Parkar should come alive on the screen," Shraddha added.

Haseena Parkar traces the journey of Haseena right from the age of 17 till she was 40. Shraddha describes the film in just two words - 'exciting' and 'challenging.' "It's difficult for me to express my experience in words for Haseena Parkar. This has been a very exciting and challenging role for me. To play a role of such a strong person for this true story, it has been a very emotionally challenging experience," she earlier told IANS.

The trailer of the film released last month and Shraddha's role as Haseena Parkar, has been praised. Actor Ankur Bhatia plays Shraddha's husband, who is killed by Dawood Ibrahim's rival gang. After her husband's death, Haseena turns Aapa (godmother) of her area. "The gang war was between Arun Gawli and Dawood Ibrahim and Arun's men shot Haseena's husband. She carried him on her shoulder. It's a tragic life. In some areas she is a godmother and in some areas she is a gangster and that is for people to decide," Shraddha told PTI.